Would You Get Married In VR And AR? 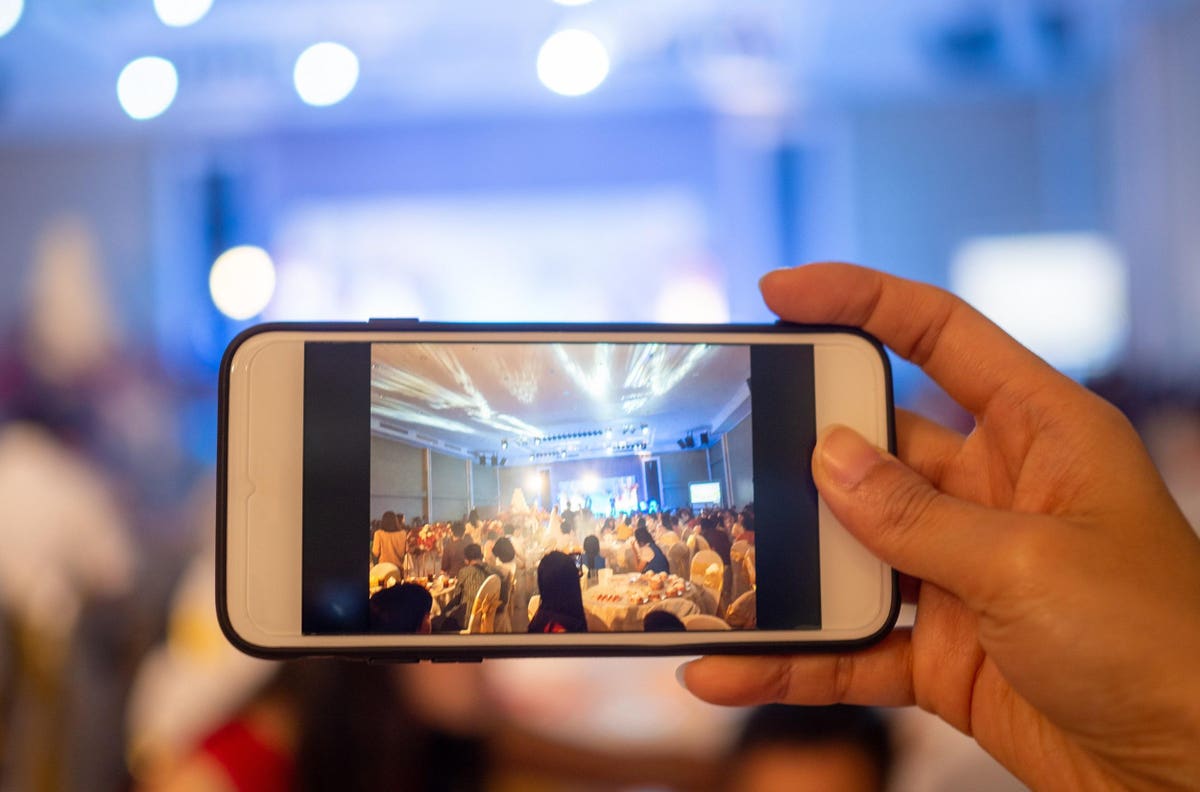 Covid-19 has made getting together for social occasions difficult for many of us in recent years. But there’s one place where you’re guaranteed to be completely safe – a place that’s exploded in popularity since the pandemic struck. Of course, I’m talking about the digital domain, particularly the immersive, social slice of it that we’ve recently taken to call “the metaverse.”

While many of us have visited – perhaps to take in a virtual concert, or to work collaboratively with colleagues, or just to see what all the fuss is about – one couple recently decided to take things further by getting married there!

And to show just how far the metaverse allows us to bend the rules of reality, they even resurrected the bride’s late father, who was able to attend in avatar form.

The wedding of Dinesh Padmavathi and Janaganandhini Ramasamy, of India’s Tamil Nadu region, is reportedly one of the first to take place in the metaverse. To show they do not do things by half measures, the couple also hosted a virtual musical performance and designed their own collection of NFTs to mark the occasion.

Attendees joining from home were able to experience the event by interacting with avatars of the bride and groom as well as other guests. And while the reception was virtual, the refreshments were real, with food and drink delivered to their homes.

It’s a novel enough concept to make headlines today, but it’s likely to be something that becomes increasingly common as people become used to spending more and more of their time in virtual worlds.

The format is a particularly good fit for India – where weddings are traditionally very large and grand affairs and inclusive of large extended families. These days, such families are increasingly likely to be spread around the world, thanks to increased mobility people enjoy in pursuit of jobs and education. Having the option to attend virtually is likely to become more and more popular. In fact, the reasons that metaverse weddings are likely to get more popular are the same as the reasons that work, entertainment, and socializing are forecast to move to the metaverse. It’s simply more convenient (and far cheaper) to log in than it is to jump on a plane and fly around the world.

This new breed of metaverse wedding represents a step beyond the Zoom weddings that already became popular during the pandemic, where guests simply join in via video call. While these are undoubtedly a nice option for people who simply can’t get there, it’s unlikely that anyone would ever choose one over a traditional ceremony. The metaverse, on the other hand, potentially offers an alternative – and a level of immersion that means traditional wedding venues may soon find themselves facing competition from virtual venues!

Another couple who chose to tie the knot in the metaverse was Traci and Dave Gagnon, whose metaverse wedding featured avatars walking down the aisle together in an environment created using the virtual world platform Virbela.

As with many aspects of technology, the metaverse – and metaverse weddings in particular – is an area where society has yet to fully bring itself up to speed with what’s now possible. There are questions concerning legislation, as in most jurisdictions, it isn’t legal for a couple to be married while physically apart from each other. Although Padmavathi and Ramasamy’s celebration has been widely reported as a “metaverse wedding,” it was, in fact, a reception – the actual legal ceremony had already taken place.

On the other hand, the Gagnon wedding could more accurately be thought of as a “digital twin,” as they were replicating a ceremony that was taking place simultaneously in the real world. Their avatars walked down the aisle and even danced at the same time as the actual couple did.

It’s not impossible that this might change given time – particularly in cases where a couple may want the option to get married before it is possible for them to be physically united or reunited. Deployed military personnel could be one example, or during times where travel is restricted. This was actually the case in several US states for a period of time, when laws were relaxed to allow couples to marry over a video call for a brief period. The BBC recently highlighted the case that many current wedding laws are “archaic” in terms of restrictions placed on where and when ceremonies can happen.

So, how long will it be until invitations to weddings taking place in virtual worlds are a common occurrence? It may be sooner than we think. While I don’t expect these types of events to replace more traditional, in-person ceremonies completely, I can certainly see them becoming more popular as an alternative for guests who can’t make it.

One thing that’s certain is that life is increasingly digital and online, so it was almost inevitable that weddings and other major social occasions would fall in step with the trend at some point. And there’s a lot of exciting potential for how this trend could develop in the future. Imagine, for example, throwing AR into the mix. This would let guests at the in-person event put on a headset and see virtual attendees partying alongside them as if they were actually there, and maybe even talk to them or dance with them. Yaron Lipshitz, CEO of wedding planning app Allseated, once joked that the industry has been virtually untouched by technology for 5,000 years. With the arrival of the metaverse, all that could be about to change.

To stay on top of these and other trends, sign up for my newsletter, and check out my books ‘Extended Reality in Practice‘ and ‘Tech Trends in Practice.’