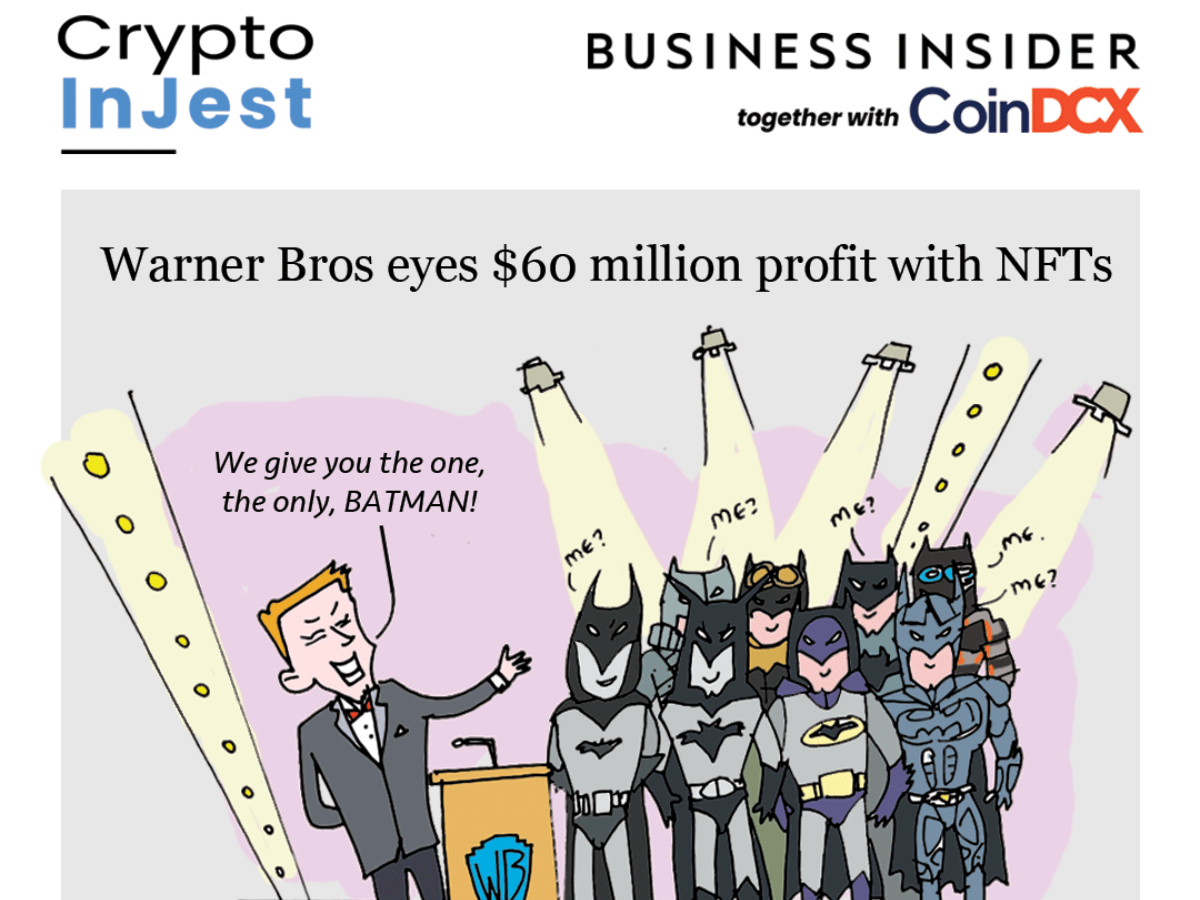 is joining the non-fungible token (NFT) bandwagon hand-in-hand with Warner Bros and Palm NFT Studio. ‘The Bat Cowl NFT Collection’ will include 200,000 different masks spanning across the Dark Knight’s 83 years of existence.

When launched Spider-Man NFT Collectibles in August and sold out in a matter of minutes, they only brought in $4 million in profit. In comparison, the Batman NFTs will be sold for $300 apiece starting April 26, making way for $60 million in profit for Warner Bros and DC.

“While Batman is one of the most recognizable superheroes in the world, with hundreds of millions of fans, his appearance has evolved and varied over the last 83 years.”

The NFT launch comes in the footsteps of the latest Batman movie starring , which has grossed $350 million at the US Box Office and $710 million worldwide.
The Batman also debuted the largest consumer products collection for a Batman film in over a decade.

Batman NFTs — More than a mask

The Batman-based NFT collection will be minted on the Palm platform, an Ethereum-based blockchain solution that boasts of faster speeds, lower cost, and lesser energy consumption as compared to Ethereum.

The
NFT will give owners a 3D recreation of Batman’s famed mask, or cowl, along with additional benefits. This includes exclusive access to web3 experiences and access to a secret DC Universe fan forum that is open only to NFT holders.

DC has committed to providing NFT holders with a two-year roadmap of perks and features. One of the goals includes introducing owners to augmented reality (AR) and the metaverse.

Last year, DC
surprised fans with free NFTs at the DC Fandom event in October. The collection had three levels of rarity and included characters like , , , and, of course, Batman.

SEE ALSO:
NFTs may finally leverage India’s fandom for Korean drama and music, which Indian brands have failed to cash in on
Four charts to show how India’s digital payments ecosystem has evolved in the last one year