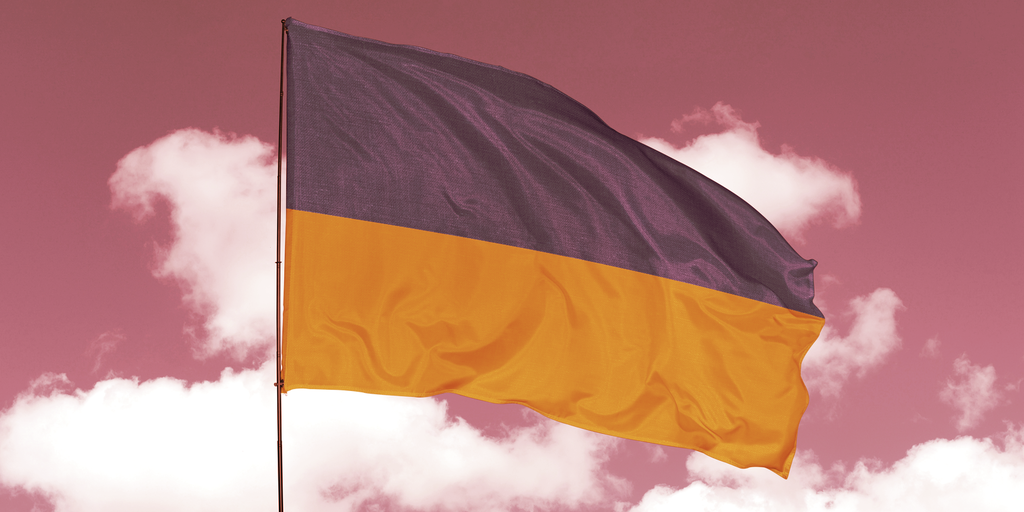 As news of the fighting in Ukraine began dominating the airwaves and social media, a group of crypto activists and enthusiasts quickly gathered to support Ukraine.

Their method? An auction of an NFT depicting the Ukrainian flag.

Decentralized autonomous organization Ukraine DAO raised 2,258 ETH (around $6.75 million) in an auction that began on February 26 and ended on March 2. (After a market dip, the amount is worth roughly $6.4 million today.)

Thank you to all who supported our project 🙏

Next steps: POAP for all those who donated to partybid, work with Come Back Alive on safely transferring funds

Launched last month, Ukraine DAO is the brainchild of Alona Shevchenko, a Ukrainian activist living in England. Shevchenko says that Ukraine DAO came together after she connected with members of the digital artist collective PleasrDAO and Nadya Tolokonnikova, founder of the conceptual protest art group, Pussy Riot.

“I personally was pushing for using the Ukrainian flag,” she told Decrypt last week. “Because it’s not about any specific artists or aesthetics, it’s a pure gesture of solidarity.”

Contributions to Ukraine DAO have come from unexpected sources, including the adult website OnlyFans, which on February 27, sent 500 ETH from its only.eth address (around $1.41 million) to Ukraine DAO, according to blockchain tracker Etherscan. The organization says that all those who donated will get a “POAP”—an NFT meant to denote an important life event.

“This is exactly what DAOs are for, making change offline in the real world harnessing the power of blockchain,” Shevchenko previously told Decrypt.

According to data from analytics website Elliptic, over $54.7 million in cryptocurrency from more than 102,000 donations has gone to the Ukrainian government and NGOs providing support to the military as of March 2.

Notable contributions to Ukraine include $5.8 million from Polkadot founder Gavin Wood and a CryptoPunk NFT worth over $200,000.