The Biggest NFT Announcements of 2022 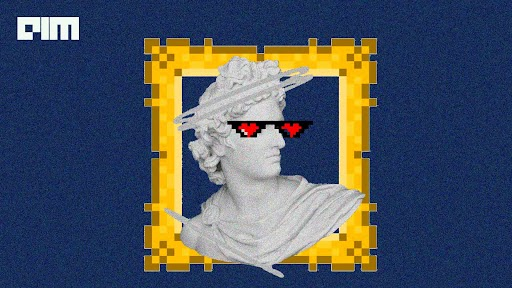 In 2022, there was hardly a month that went by without NFT making it to the news. From Reddit avatars to the Merge, NFT ruled the tech space. While the market continues to grow rapidly, the number of NFT companies is also on the rise. The market is already worth over $20.44 billion, with many expecting it to hit the $211.74-billion mark by 2030.

Here are the top NFT announcements to give you an overview of what happened in 2022.

As early as January, there were reports that Meta wanted to let users work around NFTs on its platforms. Finally, earlier this month (November), the tech giant allowed users to create, buy and sell “digital collectibles” to normalise and scale NFTs. The company’s blog stated that a small creators group in the US would initially be getting access to the feature. To enable this, Meta partnered with Polygon, which will be provided to the users to mint NFTs, showcasing and selling the digital collectibles.

In October, Reddit’s Collectible NFT Avatars generated $2.54 million in sales from October 23 to 24, as per data compiled by Polygon Analytics. This represented a hike of over 1,000 percent in sales volume from the previous day and brought the total for Collectible Avatars to over $8.1-million, spread across nearly 28,000 individual sales.

Reddit’s CryptoSnoos NFTs are limited-edition collectibles based on the social platform’s mascot, Snoo. Designed by independent artists and Reddit creators, the avatars give users platform benefits (like unique profile animations) and allows Redditors to use their avatars the way they want off the platform.

The merge, Ethereum’s awaited switch to a proof-of-stake consensus system, finally happened in September this year. The colossal move officially marks the joining of Ethereum’s mainnet execution layer with its Beacon Chain consensus layer. Ethereum developers created the Beacon Chain in 2020, and until now, it has been running in parallel with the Ethereum mainnet.

Officially switching from its original consensus mechanism, the Ethereum blockchain’s energy consumption is expected to fall between 99.5 and 99.99 percent.

According to a tweet from August, Gucci started accepting ApeCoin — the Bored Ape Yacht Club’s cryptocurrency — as a mode of payment in certain US branches.

Given ApeCoin’s origins as a limited, claimable cryptocurrency originally intended for Bored Ape and Mutant Ape holders, this partnership aims to offer holders of these esteemed NFTs and cryptocurrency a new way to represent their community IRL — via garments from the legacy high-fashion brand.

Minecraft will no longer support NFTs

Mojang Studios, the developer of Minecraft, posted in a blog in July about changing its stand on NFTs. Moreover, they gave a few reasons to justify its move. The new Minecraft usage guidelines outlined accessibility and functionality. These rules will ensure an equal access community. NFTs, however, can create models of scarcity and exclusion that conflict with the guidelines and spirit of Minecraft.

In April, popular Chinese social media platform WeChat updated its terms of use and will ban accounts that engage in “virtual currency or digital collection business” — i.e., NFTs and crypto. Under the app’s illegal operations clause, this type of communication is considered as “violating content”.

Following China’s outright ban on crypto trading and mining in 2021, many speculated they’d clamp down on NFTs next.

Time announced a first-of-its-kind full magazine issue as an NFT on the blockchain in March. The endeavour marked the first time any publication has released an issue on the blockchain. In line with TIMEPieces’, the issue featured a cover story on Ethereum co-founder Vitalik Buterin.

In June, OpenSea — the most popular NFT marketplace — posted a blog addressing the breach. One of the Customer.io, OpenSea’s email vendor’s employees, misused their access to share users’ email addresses with an unauthorised external party. The company stated that anyone with an email account shared with OpenSea should “assume they are affected”.