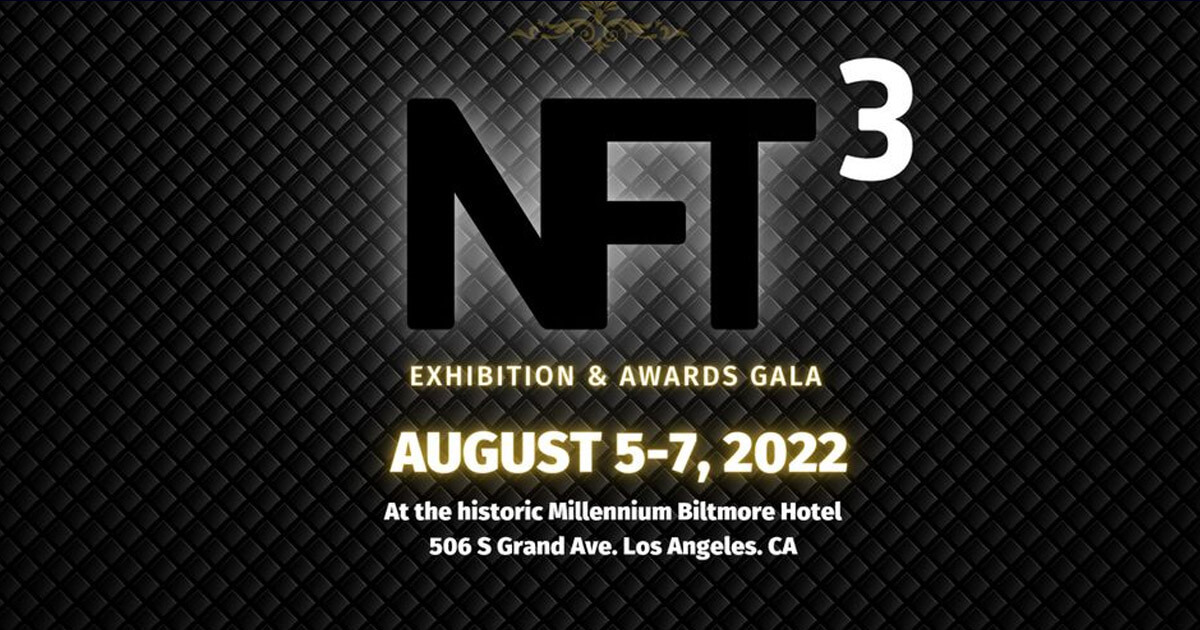 The most influential innovators and influencers who helped lead create the transformative web3 culture over the past year are set to be honored this weekend at the NFT3 Exhibition and Awards Gala. The historic event, which will be held this Friday-Sunday, August 5-7 at the historic Millennium Biltmore Hotel in Los Angeles, will honor the pioneers and best of class communities and projects in web3 and the NFT community.

The exhibition will feature panels, meet and greets, and workshops with keynote speakers, special guests and performers. The guest list includes Rachel Wolfson, a reporter and the author of ‘Bitcoin: Down The Rabbit Hole;’ Brian Rowe, the Senior Director of Global Games at Brave Software; Bruce Porter Jr., an investor and founder at Washington Elite; Sagealina, the first web3 music artist; and Jones, the founder of Queer Friends NFT. For more information on the innovators and influencers who will be attending, speaking and performing at the exhibition and awards gala, visit the guest page on NFT3’s official website.

NFT3’s First Annual Awards Gala will be held on Saturday at the Biltmore Hotel, which served as the early home of the Academy Awards. The star-studded, red carpet event includes a three course, five star meal for Executive VIP ticket holders. Other ticket holders will be able to watch the live stream across the street at Pershing Square. Tickets will be minted as an NFT.

Tickets for the NFT3 Exhibition and Awards Gala, which will be minted as an NFT, can now be purchased on Discord. For more information on the NFT3 Exhibition, including how to request to speak, perform, sponsor and volunteer at, and submit NFT art to, and buy tickets for, the event, visit its official website.

NFTs have become a hot commodity over the past decade, as they represent a valuable unique moment in modern culture. They’re unique cryptographic tokens that exist on a blockchain and can’t be duplicated. They’re used to represent real-world items, such as pictures, artwork and real-estate.

Billionaire businessman Alki David’s company, Swissx, has developed some of the most in demand NFTs recently, as they garner their value from their strong asset backing. The value of the assets give their NFTs the status of being valuable collectibles.

Buyers can purchase fractions and invest fractionally in collectable Swissx NFTs in as little as 1%. Buyers receives physical ownership of the asset when they holds 51% ownership. Swissx’s NFTs can be purchased on its official website and on Opensea.