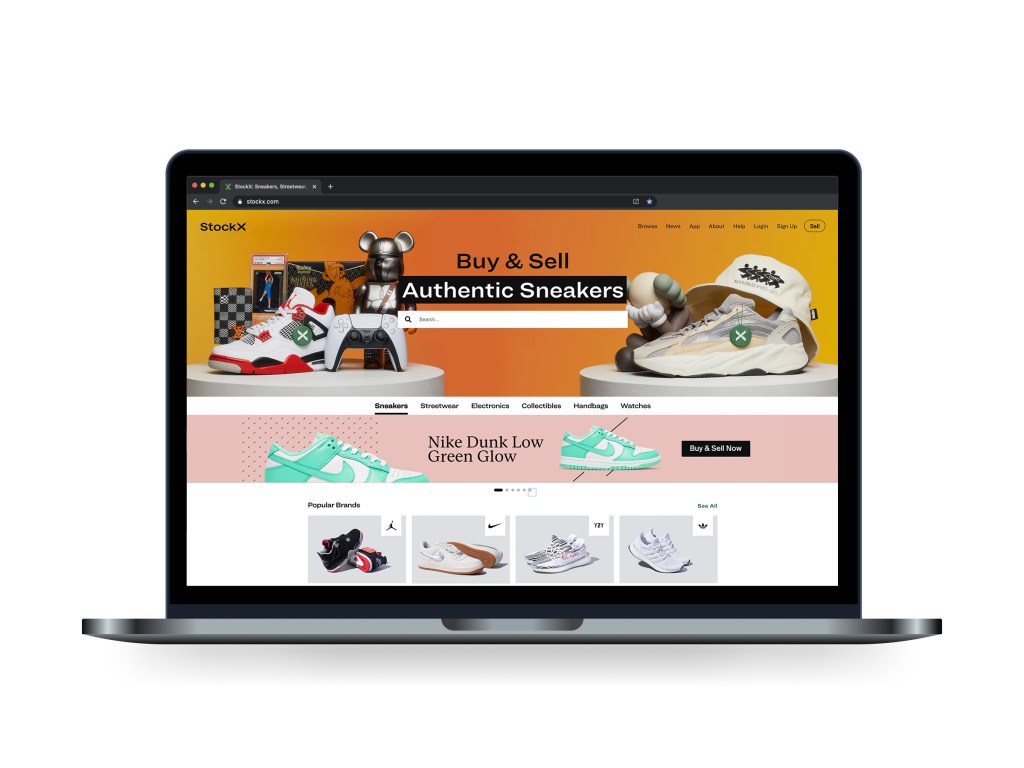 StockX is not going to log out of the NFT game just because Nike Inc. said so.

The secondhand collector marketplace shot back at Nike in Manhattan federal court on Thursday, answering the sneaker giant’s suit, which was filed Feb. 3 and gets at the nature of ownership in an ever-more digital world.

It’s a fight that, in addition to pitting two prominent companies playing in the red hot sneaker market against each other, could help shape the contours of fashion’s use of the emerging metaverse, where eventually digital tokens are seen freely moving between online platforms.

Nike has been preparing to make its meta move, last year buying the start-up Rtfkt, which sold over $3 million in digital sneakers in less than seven minutes through a collaboration with the artist Fewocious.

But just as the company moved in January to form a new division, Nike Virtual Studios, to take advantage of the opportunity, StockX launched its Vault NFTs — which creates digital tokens that can be traded and redeemed for a physical item, including Nike sneakers.

Nike in its lawsuit called foul and said StockX was “blatantly free-riding, almost exclusively, on the back of Nike’s famous trademarks and associated goodwill. StockX is ‘minting’ NFTs that prominently use Nike’s trademarks, marketing those NFTs using Nike’s goodwill, and selling those NFTs at heavily inflated prices to unsuspecting consumers who believe or are likely to believe that those ‘investible digital assets’ (as StockX calls them) are, in fact, authorized by Nike when they are not.”

In its response, StockX argued that its customers use the marketplace to not only acquire physical products, but to trade physical items for investment purposes and that using non-fungible tokens — with users trading the digital token tied back to the sneaker — is more efficient and doesn’t require another round of shipping fees and authentication.

“Using NFTs in this matter is lawful and violates no legitimate right of Nike or any of the manufacturers of the underlying goods,” StockX said in court papers.

And the marketplace argued that, with its NFTs, it’s getting into a different business than Nike.

This is all new territory that the courts are going to have to help the market figure out.

“One of the revolutionary aspects of NFTs is the ability to authenticate ownership of an asset, which can be virtual or physical,” said trademark attorney Francesca Witzburg, a partner at Loza & Loza.

“NFTs can be paired with a physical object to verify its authenticity and prevent counterfeit goods, as StockX is demonstrating,” Witzburg said. “At issue in this case is the overlap of trademark rights and a new technology that has the power to authenticate fashion goods on the secondary market. StockX’s Answer shows that the company truly believes in the power of NFTs to revolutionize the industry by defending its right to integrate the new technology into its business model.”

Is This As Good As It Gets for the Consumer Economy?

Rihanna Is Getting a Wall Street Education With IPO Prep