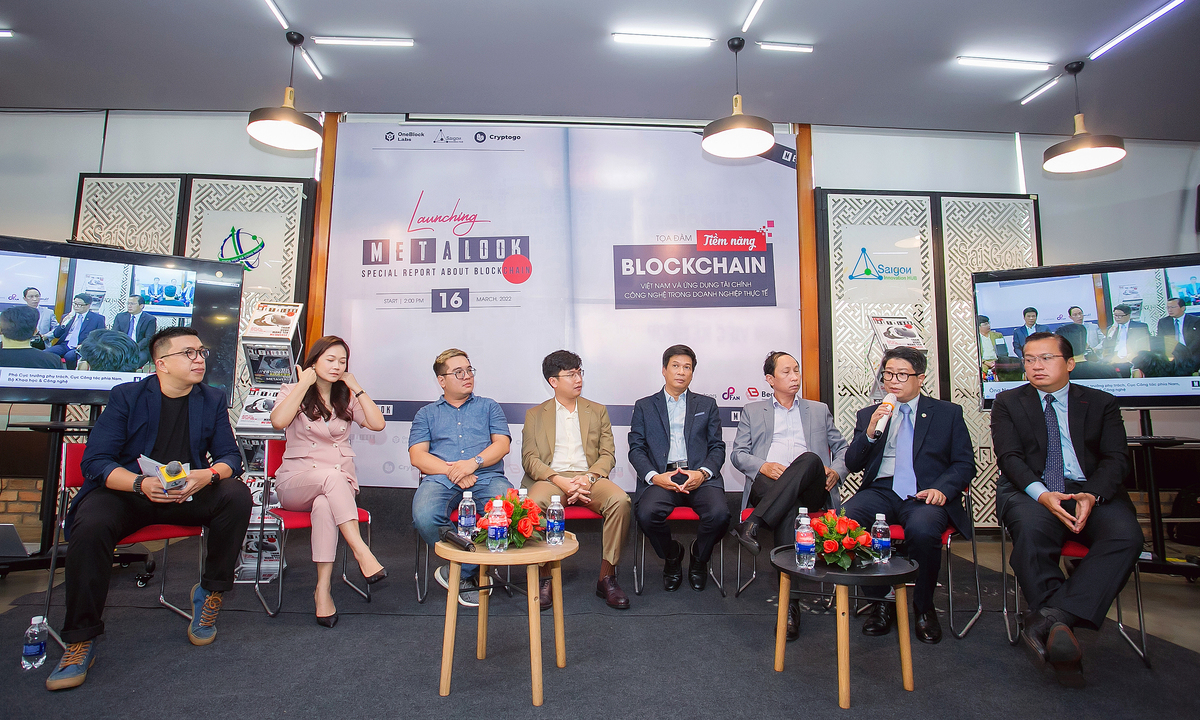 “We dream of becoming a billion-dollar company,” said Nguyen Tuan Quynh, chairman of book distributor Saigon Books, as he talked about a new project which uses blockchain in podcast and audiobook production.

He said he wanted to create a blockchain-based platform for users, including celebrities, to produce audio content and make money.

The audios will be distributed as non-fungible tokens (NFT), which are digital assets that represent objects like art, music, in-game items and videos, and have unique identifying codes. They are bought and sold online, frequently with cryptocurrency.

“It will be a long run but we have taken the first steps. We also aim to have foreign-language to take this platform overseas,” Quynh said.

Nguyen Tran Phi Yen, communications director of online event hosting platform Fan8.Club, is working on a project in collaboration with a hospitality partner that will create one million booking NFTs at premium hotels in Vietnam.

“Blockchain is no longer something of the future. It has real products now.”

Vietnamese startups have made headlines since last year with their use of the blockchain technology. Blockchain games like Axie Infinity and finance apps like Coin98 Finance have raised millions of dollars.

Vietnam’s blockchain market is set to enjoy double-digit growth in the 2023-2027 period as 5G development across the country facilitates the formation of smart cities, according to a report by TechSci Research.

“The government has made many efforts to create a national database using technology. With blockchain, more potentials can be reached,” he said.

In 2020, the Vietnamese government listed blockchain a top tech research priority for application in the Fourth Industrial Revolution era.

The Ministry of Science and Technology plans to let some blockchain companies to use the technology to try out some of their ideas for social benefits this year.

Startups say they are aware of the challenges in developing the blockchain technology, high programmer salaries being one of them

“Hiring programmers to build a blockchain app costs four to five times that of a normal app,” said Quynh of Saigon Books said.

Finding a team of experienced blockchain techies who understand the market is very difficult, said Nam of OneBlock Labs.

“It is therefore crucial to start developing blockchain human resources.”

Yen of Fan8.Club said that the world will soon have pre-established blockchain platforms for businesses to use and create their own products, and Vietnamese firms can take advantage of these instead of building everything from scratch.

Some industry insiders have also warned about the potential to misuse blockchain.

Pham Phuoc Nguyen, digital operations head at Coin98 Finance, said: “Not everything needs blockchain. Some can be done the traditional way.”