‘People may have lost their mind’ 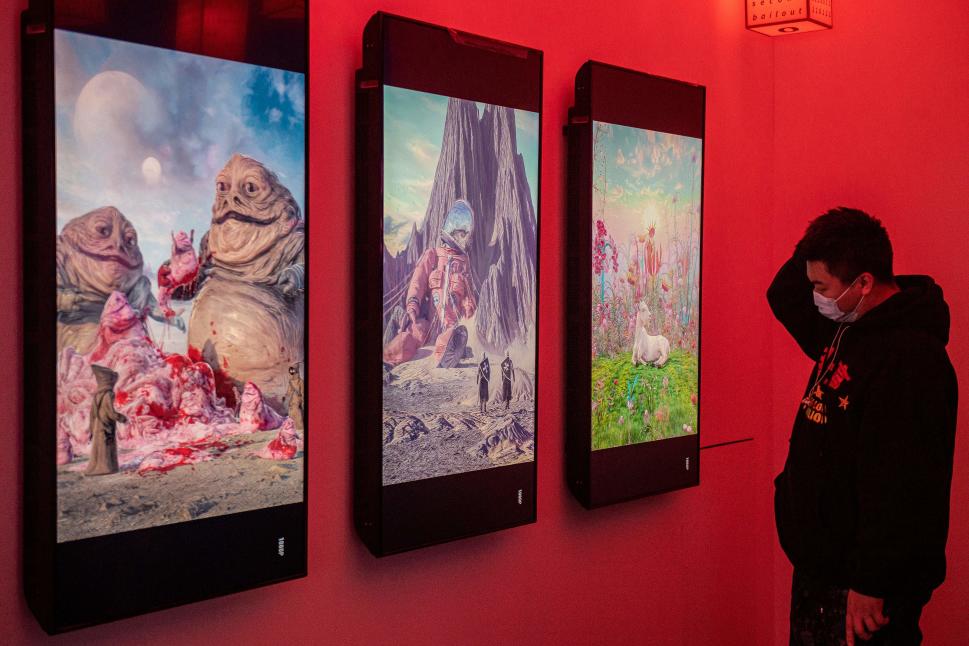 A JPG, as in a digital file—something its owners will never be able to physically touch, hold, or hang, except on a screen. A string of zeros and ones, really.

The image was beautiful, to be sure—a splashy, neon mosaic of 5,000 pieces of digital artwork, each equally unique, stunning, intricate. But its buyer just might have been crazy—this coming from the billionaire founder of Binance, the world’s largest trading platform for invisible (read: crypto) currency.

“People may have lost their mind,” C.Z. Zhao told Fortune recently, speaking of the NFT craze.

NFT stands for non-fungible token—a unique, original digital asset that belongs only to its owner or owners. It’s a bit like a certificate of authenticity for artwork, music, videos, and even tweets.

NFTs can be sold individually or as part of a collection, as in the case of Bored Ape Yacht Club, a collection of thousands of digital ape illustrations on the Ethereum blockchain. Those who purchase an ape graphic as an NFT gain membership to an exclusive club with members-only perks like access to “the Bathroom,” a members-only online graffiti board. Celebrities like comedian and Tonight Show host Jimmy Fallon and Grammy-winning producer Timbaland are currently using their Bored Ape NFTs as their Twitter profile pics.

Whatever your opinion of NFTs, there is an undeniable plus, Zhao said: They “allow artists to monetize their work globally again…and reach a much wider audience.”

“Some guy in Singapore can pay $69 million for your art.”

In the cast of last year’s record NFT sale, that “guy”—or guys—were MetaKovan (real name Vignesh Sundaresan) and Twobadour (Anand Venkateswaran), coowners of NFT-focused investment fund Metapurse. They wanted to add “a dash of mahogany” to the typically “monochrome…color scheme” of investors, financiers, and art patrons, the two blogged after the sale.

“The point was to show Indians and people of color that they too could be patrons, that crypto was an equalizing power between the West and the Rest, and that the global south was rising,” they said.

But the recipient of that $69 million, an artist known as Beeple—Mike Winkelmann in real life—worries that NFT art is in a bubble. He told Fox News Sunday last year that the internet, in its nascence, was also a bubble—and it eventually burst.

“But it didn’t wipe out the internet,” he said. “And so the technology itself is strong enough where I think it’s going to outlive that.”

Zhao also sees the fragility of the market but is quick to point out he’s not an art collector.

“Nothing is worth that much, right?” he said, referencing Beeple’s mind-blowing sale. “But if you have one person willing to pay for it, if that person suddenly changed their mind, then that is no longer worth that much.”

Zhao continued: “But there is a market for people paying…regularly for NFTs, for art. Guess what? Now more artists are coming to the NFT industry. With more artists coming in, the quality improves.”

This story was originally featured on Fortune.com