NFTs may finally leverage India’s fandom for Korean drama and music, which Indian brands have failed to cash in on 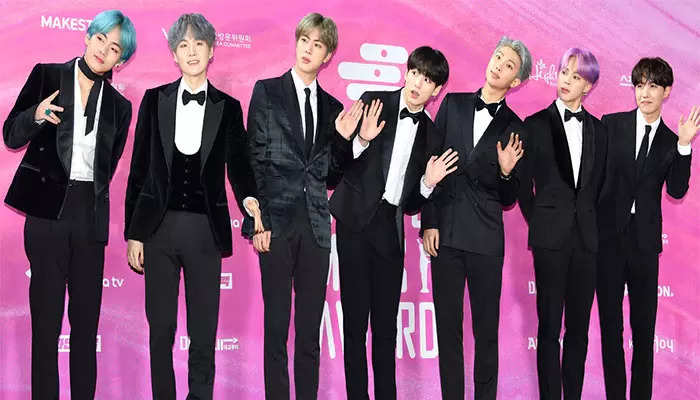 It was in 2012 that Korean Singer Park Jae-sang’s (PSY) song ‘Gangnam Style’ took the world by storm, became the
most streamed song on YouTube and what followed was the birth of the South Korean Wave or Hallyu in India.

This global phenomenon was later driven by music, movies, and dramas, which further rose to popularity in India during the
lockdown.

For most fans, the affair with South Korean culture began with Korean popular music (K-pop) and its biggest bands such as Bangtan Sonyeondan (BTS), Blackpink, MonsterX, iKon, Big Bang, Twice, and Red Velvet. Slowly, the fondness expanded to the food they ate, the language they spoke, the make-up and jewellery they wore, and a highly enthusiastic, loyal and active fandom was born.

As per research and analytics firm
Statista’s recently conducted survey in India between the ages of 15 and 59 years who had experienced South Korean cultural content, K-pop was considered to be very popular by 34.4% of respondents.

Statista’s another
report on Korean culture said that the South Korean music industry achieved an all-time high sales revenue of over ₩6.8 trillion in 2019, as well as an export value of over $756 million,
which accounts for a sizeable 0.3% contribution to South Korea’s GDP. The same survey found that the
main reason for its popularity were the catchy rhythms and choruses.

Indian digital content creator, Radhika Bangia, who often dresses up as her favourite Korean characters on Instagram, is followed by 1.6 million people. Her bio, “Crash landing on K-dramas”, explicitly declares her love for the Korean culture to the world.

It was her Korean best friend in New Zealand who introduced her to K-pop. Bangia got really hooked on to the music when Boy With Luv, a BTS song, came out and in the world of K-drama, it was Boys Over Flowers for her.

She says that she has been surprised at the speed which K-Pop and K-drama have grown in India.

“K-Pop/K-Drama is mainly a love-it or hate-it affair (even though it’s so catchy I’m not sure how you can hate it). It’s so much fun to meet and interact with other K-Pop/K-Drama fans and see their enthusiasm for it,” says Bangia in an emailed reply to Business Insider.

Fans of K-drama and K-pop have created various groups on Facebook,
Reddit, Telegram, Clubhouse, where they bond over their shared love for South Korean culture. Their loyalty for their favourite stars is most apparent in the
rise of K-Pop Twitter fancams, record-breaking YouTube streams, and sold-out concerts and merchandise.

As per Southeast Asian e-commerce aggregator, iPrice Group, a devoted member of the BTS army across Southeast Asian countries, must have
spent an average of $1,422, which is equivalent to buying an iPhone 12 Pro. This average purchase includes at least 15 studio albums, five concerts and numerous merchandise.

Fans of K-pop across South Asian countries and globe, do not shy away from spending money to support their idols. It is a quality that brands look for in their ambassadors — the ability to start a conversation among a huge fan following and their social currency.

BTS followers are also one of the major representatives of the
online “stan” culture, where super fans use different online channels, especially social media, to continuously promote and defend their idols. According to
Twitter, BTS has been the most-tweeted-about band on Twitter for four consecutive years.

However, in India, only multinational food chain McDonald’s has tried to leverage on this huge stan culture. Last year in April, McDonald’s launched the BTS Meal across 11 countries in Asia, including India. The internet
exploded with messages from ARMY, fans of BTS, and McDonald’s.

Apart from that, we have only seen international collaborations such as Samsung, Coke and Hyundai with BTS.

Telling us why Indian brands have failed to jump in the whirl of Hallyu, Lloyd Mathias, business strategist and marketing expert, says, “Indian brands have yet to tap into the immense potential of K-Pop as a marketing tool, partially because of the inability of marketers to fully comprehend the phenomenon and more specifically as Indian brands will have to enter into specific licensing arrangements with them. For global brands like Coke and McDonald’s and Korean brands like Hyundai and Samsung, this clearly poses no problems.”

K-drama fan Bangia was thrilled at the idea of two cultures coming together. “I would personally love to see some Indian brands collaborating with BTS or BlackPink. I think the mixing of cultures would be cool to see!”

While Indian fans are getting their dose with international collaborations and the merchandise available online, the unconditional love that ARMY and various K-pop fans extend, offer an immense potential for brands in bringing in new consumers.

Anjali Malthankar, national strategy director at digital advertising agency Tonic Worldwide, says, “Indian brands are treating K-pop as topical content, but there is a big opportunity for Indian brands to ride the wave and appeal to the K-pop fanbase. What fans in India would want, is to be as close to the K-pop stars as possible, and to have access to them. In fact, that’s what K-pop has cracked on social media. They know what their fans want and the whole model is about giving power to the fans to make their favorite stars more popular. I feel, a live concert, physical or virtual/experiential can be a big platform for Indian brands to participate.”

On the other hand, founder and chief executive officer (CEO) of blockchain analytics company bitsCrunch, Vijay Pravin Maharajan points out that it would be unfair to say that Indian brands have failed to capitalise on its popularity as there are so many different opportunities for brands to draw in audiences.

“It is important to remember that, like South Korea, India is home to a thriving local entertainment industry and is a melting pot for entertainment worldwide. Even among those who were favourable to K-pop, there are certainly other genres and industries they engage with. It is highly unlikely that the average Indian K-pop fan engages exclusively with the genre. Indian brands are likely to go with local entertainment and artists, of which there is an almost continuous supply,” says Maharajan.

Can NFTs be a place where fans get their due?

Any fan is not just a spectator or silent admirer of art, they are active stakeholders who go out of their way to support their idols.

From concert tickets, learning the language, buying albums, and creating photo books, to online or in-person meet-and-greets, K-pop and K-drama fans leave no stone unturned in
immersing themselves in their idols’ culture.

And Non-fungible tokens (NFTs) are pushed toward heavily engaged fandom. Apart from
Beliebers,
Potterheads,
Swifties and fans who form a beeline diligently in front of Amitabh Bachchan and Shahrukh Khan’s bungalows in Mumbai, K-pop and K-drama lovers are amongst the biggest communities.

With K-pop NFTs, fans can own a special collectible item that would stay with them forever, even transfer onto different clouds. It would get them an opportunity to support their artist directly, flaunt their fandom and become a part of the larger community.

So, can K-pop NFTs be the next big wave in the growth of Korean culture in India? Brand guru Mathias says yes. “I believe NFT can help take this to the next level given that many can now ‘own’ part of the phenomenon in the metaverse.”

Korean culture has successfully built a sense of connectivity and relativity with the Indian masses, owing to the commonality of culture in terms of food habits, manners, and behaviour. With NFTs, fans of these two cultures can support their favourite artists.

Ramkumar Subramaniam, CEO and cofounder of no-code NFT platform GuardianLink, says, “With the rise of NFTs aided by the popularity digital currency and assets have garnered, especially in the entertainment and art fields, even the globally famous South-Korean band, BTS, entered the red-hot NFT space in November. Given that India is rapidly adopting NFTs as a way of building connect with their favourite artists, NFTs are anticipated to be the next big thing fuelling Korean culture’s penetration in India.”

Sai Krishna VK, founder of visual tech company Scapic, who is also known for his content around crypto and investment, says, “NFTs intrinsically capture value that fandom has always had, the only difference is that this value is now a direct relationship and with ownership too, in some cases.

Industries like K-pop will be among the biggest to benefit from this as the chance to interact, engage and be closer to the stars you idolise is the sort of technology product that was simply not possible before this.”

The initial buzz around the world of NFT was by crypto investors. They finally found a medium to spend their digital money on. Now, from
Prabhas fans to K-pop, NFTs are attracting more diverse audiences and fandoms.

Finfluencer Neha Nagar has been talking about the growth of NFT and crypto in India. She thinks that the introduction of K-pop NFTs to India will give a push to both Korean culture and NFT’s adoption.

“K-pop fans are a very strong community, now every K-pop fan will be forced to think about NFTs, which will lead some of them to actually buy those NFTs for the sake of love for their k-pop stars. K-pop fans already have spent on merchandise and tickets to support their stars. Owning k-pop, NFTs will now be called ‘a proof of being a k-pop fan,’ especially genZ will get more attracted to NFTs now, which will push the NFT craze to next level. This is going to be quite exciting!”

Maharajan of bitsCrunch says, “With the growing popularity of K-pop in India, moving the production of music videos to the digital realm may be the way of the future.”

While K-pop fans are voicing their
concerns over carbon-torching NFT, various
labels have started working on launching greener NFTs.

Bangia is optimistic that K-pop fans will accept NFTs that support their favorite artists, “but my personal hope is that we can find a way to minimise the amount of energy that blockchain requires,” she adds.

K-pop has been able to make international inroads in recent years and now with the arrival of various K-pop NFTs, the future of hallyu in India looks
Dynamite!