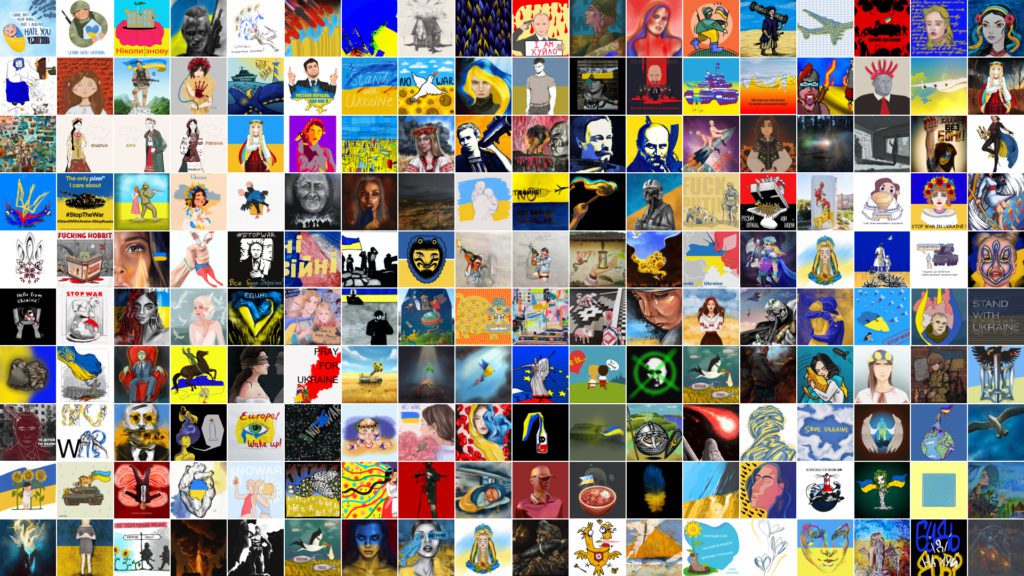 The goal of the project is to collect at least 1 million dollars. The start-up will transfer all proceeds from the sale of NFT to the cryptocurrency provided by the Ministry of Digital Transformation of Ukraine.

The sale of works is scheduled for March 3

Like most Ukrainian businesses, we transferred a significant amount to help the Ukrainian army on the first day of the full-scale war. Also, our marketing and technical team helps in the information war. However, we understood that this was not enough. Since we have a lot of crypto and NFT enthusiasts in our team, we decided to organize an NFT collection in collaboration with Ukrainian artists. We gathered almost half a thousand people willing to join the initiative in a few days. Now we do hope to just as quickly raise funds to help the army and help save Ukraine, – Bohdan Nesvit, CEO of the Holy Water start-up.

The project has been already publicly supported by a co-founder of FintechFarm and the most popular online bank in Ukraine Monobank Dmytro Dubilet, as well as many art Ukrainian institutions: Port Agency, IZOLYATSIA, Ugallery, Shcherbenko Art Center, Spline. Art, Museums of Ukraine.

The world will no longer be the same as before and no one will stand aside, we must isolate the monsters from the rest of humanity for at least 3 generations. We have got a lot to work on and we still have some time to show the world our determination. We already got worldwide support. Soon we might not have enough time for making art. That’s why I invite everyone to enjoy art and donate to help in one of the most important global initiatives in the 21st century, – Oleksiy Say, a Ukrainian artist most famous for his art invention – Excel-Art.

On the morning of February 24, Russia launched a full-scale invasion of Ukraine. It’s almost a week since peaceful cities are being bombed, tanks drive on the streets, and civilians fall asleep in bomb shelters. Ukrainian and world community, including politicians, pop celebrities, sports stars, entrepreneurs and even the international hacker community, support Ukraine and help gain funds for the Ukrainian Armed Forces.

Holy Water is a Ukrainian game development start-up with a full cycle of development and expertise in marketing, analytics and communications.