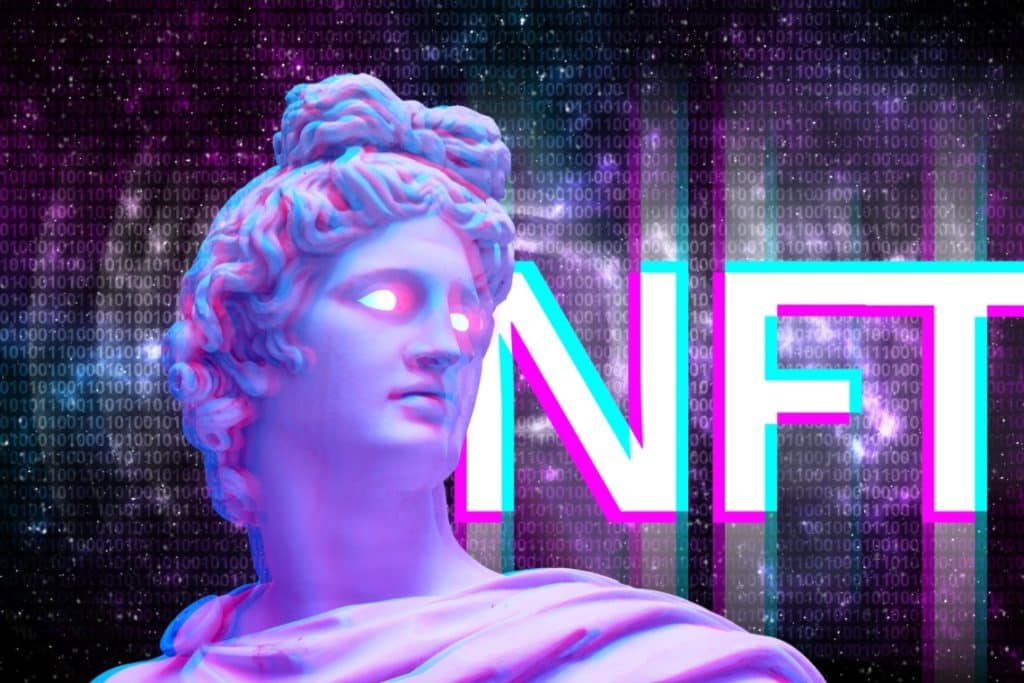 NFTs, non-fungible tokens, are now a subject of expansion in every domain: from fashion to art, including music and images and much more.

An increasing number of people and companies are using NFTs, whose main characteristic is that they are unique and one-of-a-kind tokens.

Specifically, let’s take a look at some important new features concerning the use of NFTs by Rarible and Meta, and then also take a look at important celebrities, such as Eminem and Seth Green, or companies, such as Balenciaga, that are exploiting the potential of this new technology.

Rarible, a well-known Ethereum-based NFT buying and selling marketplace, upgraded its platform to Rarible 2 on 20 October. According to the NFT marketplace, new attribute tools have been launched to highlight NFTs from across the Web3 space.

Specifically, Rarible’s functionality has been updated so that the platform creates an open environment where users can access the best NFT prices through a unified platform.

According to Rarible co-founder and Chief Strategy Officer Alex Salnikov, this development of Rarible follows a DappRadar report that alluded to impending NFT market wars. In fact, other major Web3 platforms mentioned in DappRadar’s report include Uniswap and OpenSea, both of which acquired NFT aggregation platforms this year.

Unlike OpenSea and Uniswap, Rarible simply converted its services to an indexing model. Based on the report, such acquisitions may result in direct competition between the platforms.

Rarible has also introduced a mechanism through which users can lock in their RARI, the marketplace’s native token, to earn rewards and incentives for the purpose of participation in the ecosystem. According to Salnikov, this is a step toward further decentralization of the platform.

What is new is that users can decide where the ecosystem goes next and have a say in the future of Rarible, which cannot be obtained from funds or NFTs.

Lately, the decentralization of NFT markets has been a major topic of debate within the Web3 community. In fact, the over-centralization of market leaders such as OpenSea has drawn criticism from many Twitter users. In addition, it appears that some have tweeted saying that centralized marketplaces, such as MagicEden and OpenSea, should fade away.

In all this, Rarible has been protected from potential market violations by researchers since the beginning of the year.

In fact, researchers from cybersecurity software maker Check Point detected a market vulnerability that could have cost nearly two million monthly active users their NFTs in a single transaction.

Another important development in the NFT world involves Instagram, which will soon have built-in NFT creation and trading tools. In fact, the upcoming “end-to-end toolkit” for NFTs will allow users to create and launch their own NFTs for sale through Instagram.

“A small group of creators will soon be able to create digital collectibles (NFTs) and sell them directly on Instagram.”

At launch, Instagram will use the Polygon blockchain for NFT minting. The app will also extract NFT metadata from OpenSea so that collection names and descriptions can be displayed on Instagram.

The company said in a statement that creators such as photographer DrifterShoots, visual artist Ilse Valfré and artist Amber Vittoria are among those selected for early access to Instagram’s new NFT features.

This slow implementation strategy matches the rest of Meta’s approach to Web3. In fact, in May, Meta announced that it was implementing a wallet connection feature to select creators in order to display their NFTs on their respective Instagram and Facebook profiles.

Today Facebook and Instagram support the display of NFTs on Ethereum, Polygon and Flow blockchains, allowing users to connect their wallets to their accounts to display NFTs. In addition, support for Solana and Phantom wallets is coming soon.

Why the massive push toward NFTs?

The fact that the most prominent companies, the most prestigious industries and the most relevant public figures are rooting for NFTs is a factor that can only bode well for a relatively emerging technology such as non-fungible tokens.

Still, why NFTs in particular? Meta, for example, says it believes in Web3’s vision and wants creators to leverage NFTs to better monetize their content.

“Our strategy for Web3 technologies, including blockchain, is all about helping creators make a living. We believe that Web3 technology, such as blockchain, will positively improve the business model for creators by giving them the ability to create new types of digital assets to monetize.”

However, he also emphasizes how inundated the crypto space is with complex experiences that are inhibiting mass adoption. Indeed, according to Kasriel, in Meta’s Instagram, the experience for the user needs to be much simpler and more intuitive.

This makes it easy to see how NFT technology can be, and will be, a future revenue stream for many, if leveraged well and ethically.

Eminem and the Bored Ape NFT that looks like him

In January this year, famous rapper Eminem purchased a Bored Ape NFT for the sum of $450,000.

After buying the NFT, the artwork depicting a monkey with white fur, a low gray hat, a gold jacket and matching chains, the artwork became the profile image of Eminem’s official Twitter account.

It appears from some sources that the artwork is just one of 15 NFTs that Eminem has purchased, with the site noting an OpenSea account with the handle @Shady_Holdings.

Eminem is one of several celebrities to own an NFT distributed by the Bored Ape Yacht Club. In fact, others include Jimmy Fallon, basketball player Steph Curry and Eminem’s “Up In Smoke” tour partner Snoop Dogg.

Seth Green and the Stolen NFT

The story of “Scooby-Doo” star Seth Green seems to be coming to a happy ending after the actor bought back his bored monkey, stolen for $100,000 more than he originally paid for it.

Green appears to have repurchased an NFT Bored Ape that was stolen from his crypto wallet after a phishing attack in May 2022.

According to blockchain records, Bored Ape #8398, which Green had charmingly nicknamed Fred Simian, was transferred to an unnamed wallet believed to be associated with him in exchange for 165 ETH (amounting to about $300,000), according to some sources.

The seller, a certain Mr. Cheese, who uses @DarkWing84 on Twitter, initially claimed that he purchased the work in good faith, not knowing that it was taken by Green.

So, eventually Bored Ape #8398 appears to have been transferred back into the hands of the original owner, according to blockchain records.

Lorenzo Riva, Balenciaga’s artistic director in the early 1980s, announced in July the release of the NFT collection “Cristóbal Balenciaga: To the Moon.” The NFTs are inspired by Riva’s collection of 8,300 original and never-before-seen designs by Cristóbal himself.

With ‘Balenciaga to the Moon,’ haute couture has officially entered the metaverse with the extraordinary elegance of 1950s glamour.

As fashion undergoes another evolution thanks to Web3, users are invited to buy their own piece of history. In fact, the NFTs in this project were randomly minted through Mystery Box, the sale of which began on 21 July 2022.

The NFTs were revealed immediately.

In addition, the project partners doubled the rewards, offering selected lucky minters the chance to receive Balenciaga merchandise, gift cards for well-known designer brands, and even some designs produced by Cristóbal as many as 70 years ago.