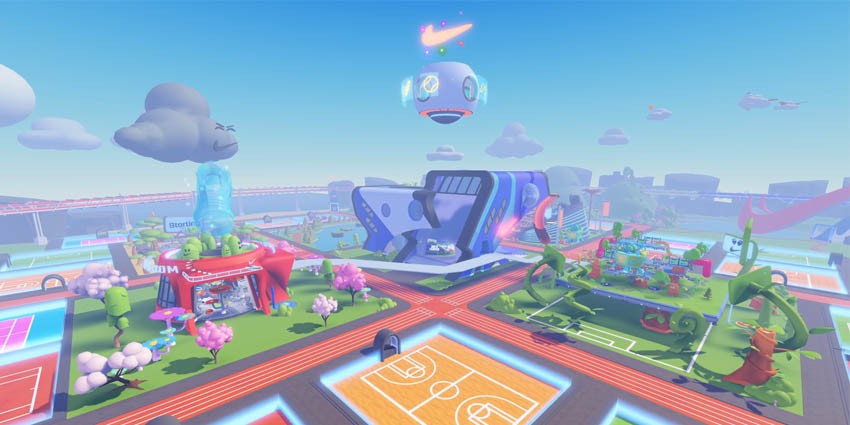 Nike claims that nearly 7 million people from around the world have visited Nikeland, its metaverse store, since it opened five months ago.

There is a lot of brand hesitancy around the metaverse, due to a lack of clarity on everything from revenue share to brand safety, but what can’t be doubted is the ability of well-done metaverse executions to attract huge audiences.

To date, the entertainment industry has been the biggest beneficiary of that audience hunger, but the success of Nike demonstrates that brands are becoming a draw in their own right.

Nikeland, which is the sporting goods brand’s micro metaverse built in Roblox, has attracted 6.7 million people from 224 countries since its launch in November. The space allows users to try on virtual products in addition to playing to the strengths of Roblox as a platform with games such as dodgeball.

On its Q3 earnings call, Nike’s chief executive and president Jack Donahoe explained how the company has been driving consumers to it, saying: “During NBA All-Star Week, LeBron James visited Nikeland on Roblox to inspire its community towards physical movement in play.

“On the Nikeland court, LeBron coached and engaged with players, and participants were rewarded for physical gameplay with the ability to unlock virtual products.

“We plan to continue driving energy there with virtual products like LeBron 19 styles special to Roblox.”

He also noted that the key revenue strategy for Nike in the metaverse is branded NFTs. Nike has been among the first big brands to push the idea of virtual goods having value on parity with their real-world counterparts, in line with Burberry and some luxury manufacturers. It also adds some utility to the brand extension rather than just being a collectible for the sake of it, which is necessary to prevent NFTs simply becoming a fad.

In Q3, RTFKT released the first official Nike-branded NFT – its first step into the world of digital product creation.

“We’re pleased by the positive momentum and energy we’re already seeing in the space and we’re excited by the future as we continue to extend our digital leadership in the industry,“ said Donahoe.

Nike’s results delivered compared with analyst expectations. Nike Digital continues to be the fastest-growing component of its marketplace, now representing 26% of our total Nike Brand revenue.

As a result, and to capitalize on the growth across real-world and virtual products, the company said it had grown its ad spend by 20% across the quarter, with the total now equaling $854m.