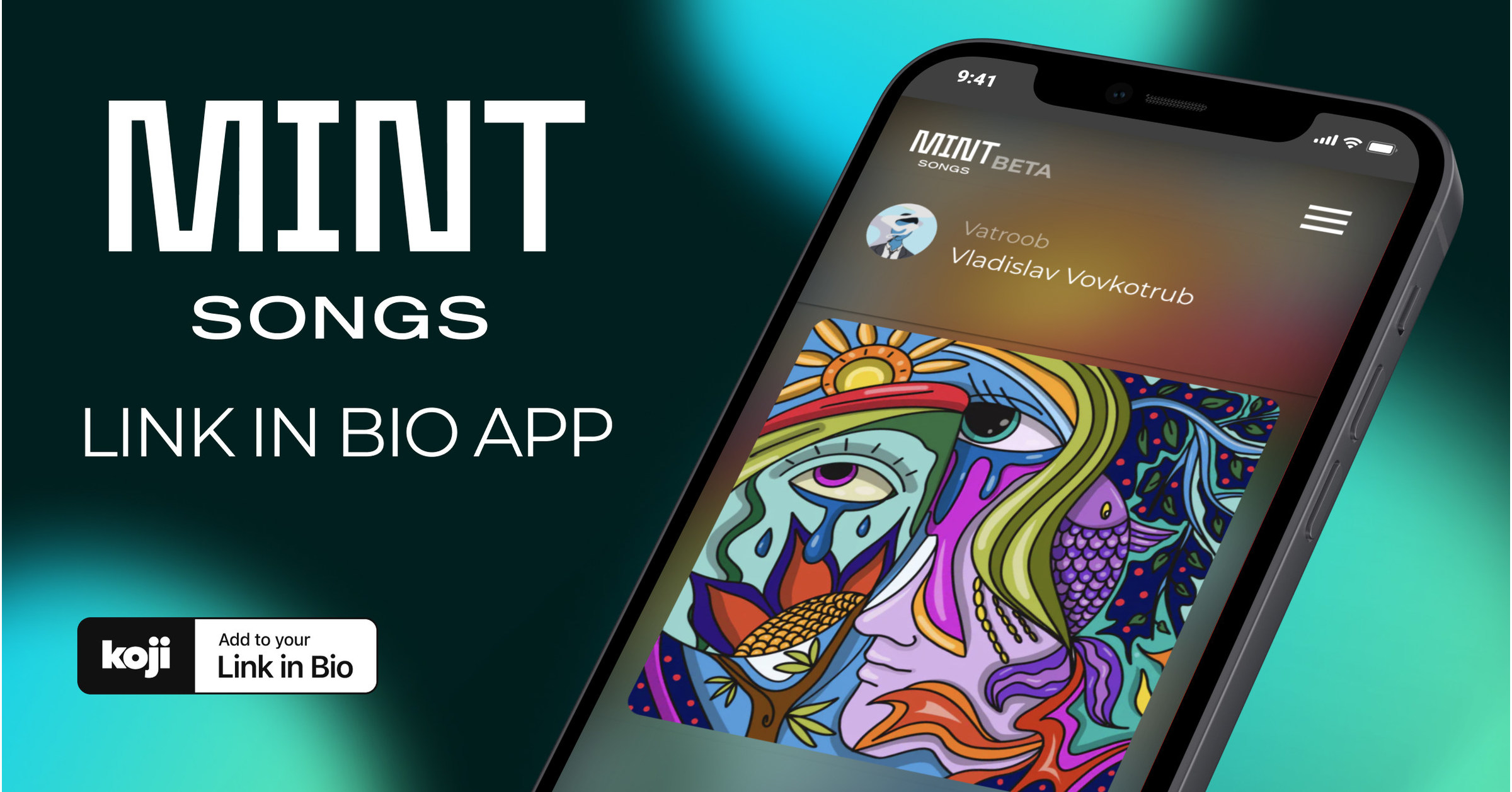 “At its core, Mint Songs is about giving musicians and fans true ownership of their music and communities. Koji provides a bridge between our web3-powered futures and our Web 2.0 social media realities,” said Dwight Torculas, Mint Songs co-founder.

Mint Songs allow musicians to turn their songs into NFTs for $0 minting fees, helping them earn additional revenue and provide new experiences to their fans. In many cases, this revenue can amount to more than the royalties an artist would earn from streaming. Musicians using Mint Songs keep 95% of the primary sales and earn an additional 10% each time a fan resells their collected NFTs. The platform also provides creators with analytics for their NFT sales.

“Koji has turned the Link in Bio from a simple list of links into a next-generation destination—a place to curate and express your digital identity in a way that is decoupled from any specific platform or social network. We are excited to work with Web3 communities like Mint Songs to enhance these expressive capabilities and bring new tools, experiences, and modes of ownership to musicians and fans,” said Sean Thielen, Koji co-founder.

The new app is free to use and is available today on the Koji App Store.

ABOUT MINT SONGSMint Songs builds tools that enable music artists to turn their core creative assets into NFTs to sell or give away to their community. Built on Polygon, the platform’s NFT minter allows artists to turn their music and album artwork into carbon-neutral NFTs at no cost. With a number of tools and features, the Mint Songs music NFT marketplace gives artists the power to build vibrant web3 communities their own way and make a liveable income from doing what they love to do.

ABOUT KOJIKoji is the world’s most powerful Link in Bio platform. With hundreds of free apps created by Koji and its community of independent developers, the Koji Link in Bio gives leading Creators on TikTok, Instagram, Twitch, and other social media platforms new ways to engage audiences, connect with supporters, and monetize. Koji launched in March 2021 and has raised $36 million in venture capital.

BMW Venturing into NFTs and Metaverse

BMW Venturing into NFTs and Metaverse