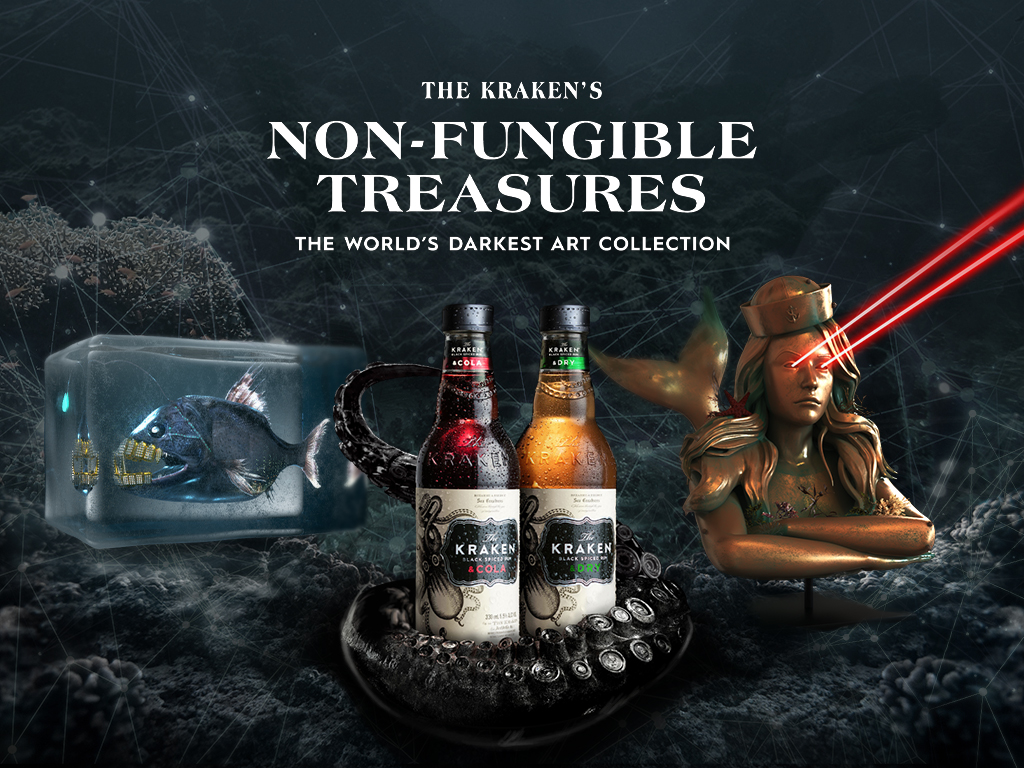 The organisation has offered customers the choice between purchasing a real pack of four Kraken Black Spiced Rum or an NFT, with the hopes that buyers will see higher value in the drink over the token.

A Kraken spokesperson told Digital Nation Australia, “We joined the Metaverse and created these NFTs as a way to go from being a passive participant in culture to being a brand that is an active creator of culture.”

The organisation chose to mint using Ethereum as they consider it the most widely accepted blockchain.

“The Kraken is a cult brand, built into our DNA is a tradition of disruption. It’s our way of making the brand distinct from a category that often looks and acts the same,” they said.

“Ultimately our objective was to make The Kraken famous, to reach new potential customers in a way that was fun, engaging and made them inquisitive about us. We wanted to have fun with our audience and make them laugh a little while still engaging with our rum.”

While the NFTs may be a marketing tool for Kraken, the company said it is interested in finding out whether volatility and uncertainty in crypto markets will sway customers to buy the tangible option over the NFT.

“The collection merges the art and NFT world with a nautical twist and splash of murderous history and satire, and show their true value really is in the eyes of the beholder,” said a Kraken spokesperson.

Taking a leaf out of the Bored Apes book, Kraken has minted its own ‘Bored Mermaid Shipwreck Club’ NFTs. While the company claims that the NFTs allow access to membership of an “exclusive club”, Kraken has not defined what the exclusive benefits the NFTs will offer owners.

“Perhaps you’ll have to be an owner of one of The Kraken’s Non-Fungible Treasures in order to find out. Watch this space,” a spokesperson told Digital Nation Australia.