In a Bear Market, the NFT Scene Embraces Goblins 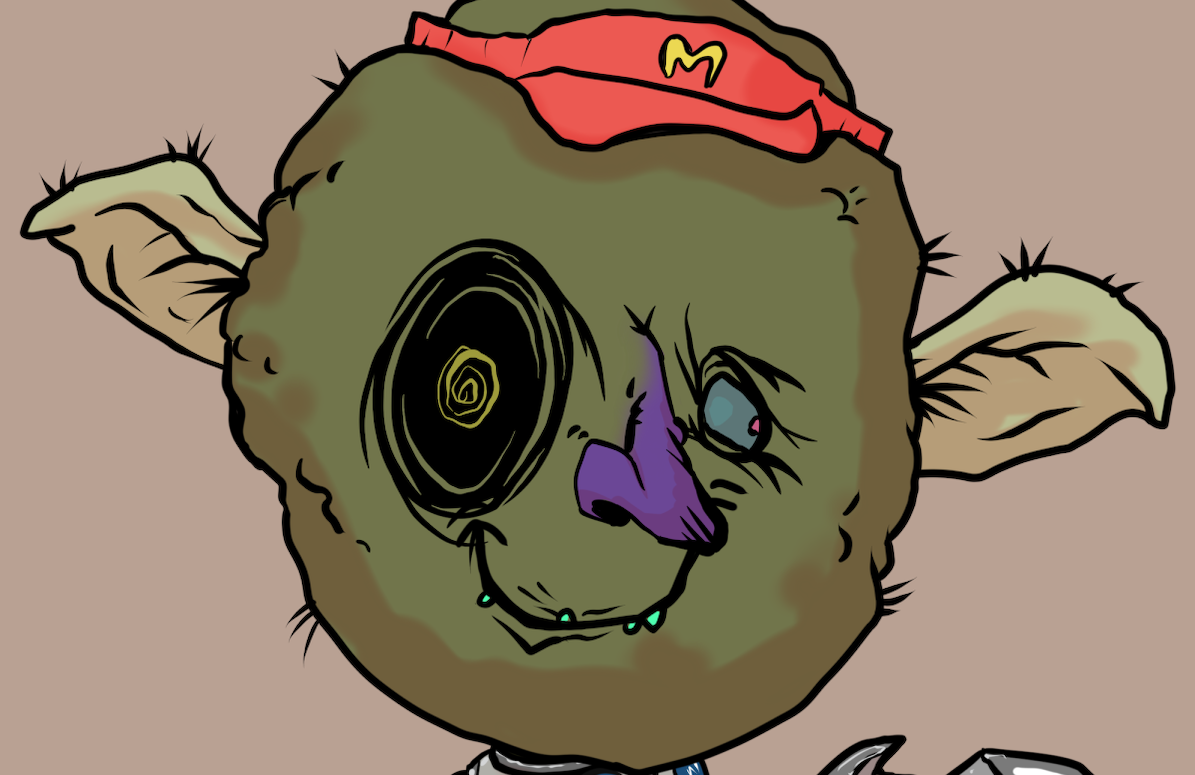 Participants in 2022’s brutal bear market in NFTs and cryptocurrency developed their own “gallows humor” as they experienced losses of 90% or worse. While some NFT “projects” scrambled to develop new “utility” to bring tangible value to JPGs in decline, the New York City-based team Truth Labs embraced the bearish, Tolkien-inspired meme “down down to Goblin-town” to explore new potentialities in performance art and in willful rejection of the idea that NFTs need to “do” anything. Instead, mischievously identifying as crude and fantastical “goblins” became a way for NFT traders and enthusiasts to laugh at absurdities and express communal frustrations.

On May 21, the struggling NFT scene on the Ethereum blockchain witnessed a respite with the surprise successful launch of “goblintown.wtf,” an NFT collection of 10,000 “ugly,” little goblins of fantasy lore, which could be used as “profile pictures,” or PFPs, on social media. While some goblins still wore astronaut gear from aborted financial trips to “the moon,” others were resigned to wearing fast food uniforms as their circumstances made them work at “McGoblin Burger.”

The collection “minted out” in 10 minutes, and it intentionally differed from previous successful projects in several respects.

There was no “mint price,” which meant that project developers could only be paid from royalties on secondary market trades, rather than initial sales. The initial “free minters” would merely have to pay the cost of “gas,” the standard fee to create a token on the blockchain.

The minting website explicitly rejected many of the established NFT conventions. Bluntly, it said there would be: “No roadmap. No Discord. No utility. CC0.”

“No roadmap” meant that the (initially anonymous) developers would not advance some vaunted plan for new features or future revenue, since the bear market — and, honestly, the often scammy nature of NFTs — had jaded buyers to the inevitability of impossible or broken promises.

“No Discord” meant that the team would not manage a separate Discord channel, where community culture and solidarity might be built, yet which, in practice, often seemed to silo content from the outside world.

“No utility” meant that the team would not promise any clear, tangible benefits from ownership, beyond the unclear value as interactive tokens on a blockchain.

And, finally, CC0 (or “Creative Commons 0”) meant that, rather than promise holders any specific intellectual property rights, as, for example, the popular “Bored Ape Yacht Club” collection had done, the entire collection would be copyright-free and “open source” for other creators to reuse and riff on at will. This would indeed become the case as goblintown framed the aesthetics of many other projects, like corntown.wtf and hobotown.wtf.

Despite the lack of promises, a wave of hype quickly developed, as the project’s “floor price” shot up to a high of around 8ETH (almost $15,000) in a matter of days. Mystery over who created the clever collection was one factor, as many speculated that a leading NFT team or media company was responsible.

Additionally, using Twitter Spaces chatrooms as a theatrical stage, goblintown advanced a new method to fashion characters and stories for large audiences. As investors and people curious about the goblins and their origins desperately sought information, the goblintown account started a space on May 25. Yet, rather than have representatives from the team offer any detail or explanation, for three hours thousands of attendees heard a cacophony of high-pitched goblin voices muttering and talking about nonsense, or making jokes and puns about bodily functions, especially “piss.”

Although one might have assumed that the developers had hired a cast of paid actors for this and subsequent performances, goblintown social media, marketing, and community manager Sydney Clara Brafman told me that the performers had actually come from the community itself, and that the style was largely spontaneous. In this and in subsequent spaces, her own background in film became an advantage as she could direct these communal improv performances by choosing who was elevated to speak.

As characters, goblins are earthy, abrupt, sexually hyperactive, and irreverent. They live in a world oblivious to, or mocking of, human problems of scandal and financial losses. Hard workers, despite their insane or pointless objectives, they invent their own elaborate schemes of trickery and commerce.

Goblins became a fitting identity for NFT enthusiasts, who are uncertain about their future, yet are still darkly proud of their fast-paced, albeit often conniving, subculture. Many have invested huge sums of money into dreams divorced from real-world concerns (and some have had to absorb the psychological pain of feeling “scammed” or “rugged”).

With characters fleshed out in Twitter Spaces and through the main goblintown Twitter account (with its distinctive language and script), the blockchain itself became a setting for further stages of the “story.” Holders of NFTs were able to “build” their own McGoblin Burgers, with disgusting ingredients like “pulld ork dongz,” “eer funguss,” “dwarf pyoobz,” and “pee soss.” Subsequently, these NFT burgers were used as “bait” to trap grumpls, a much cuter creature that farts a lot.

As to where goblintown fits into an “art world” that is still trying to figure out NFTs and their tech-inclined, self-referential subculture, it is an open question. The core art was designed by “Process Grey,” an imaginative illustrator who created a unique, comic aesthetic for the entire universe. More recently, the new “grumpl” NFTs were crafted in various styles by an array of established web3 artists, showing the team’s commitment to utilizing and recognizing real talent.

The performative element also has its own momentum, with community members continuing to organize Twitter Spaces and “radio theater” of goblin adventures and news broadcasts. New characters include a goblin Freudian psychoanalyst and big-box store proprietor.

Nevertheless, in the months after the team revealed itself as Truth Labs rather than some larger, well-capitalized entity, the collection entered its own bear market, with the cost of a single goblin now declining to around 0.8ETH, or $1,250, at publication. Perhaps the attraction of the bear market theme has faded somewhat in a scene anxious for a positive turn-around, or perhaps the project has revealed the difficulty of sustaining attention for “storytelling” elements over long periods of time.

Still, the goblintown collection alone has done nearly 50,000ETH in volume (around $80 million at the current Ethereum price). Under a royalty rate of 7.5%, this has produced at least $5 to $6 million dollars in royalties for Truth Labs, and the team pledges to continue to invest in the goblintown “ecosystem.”