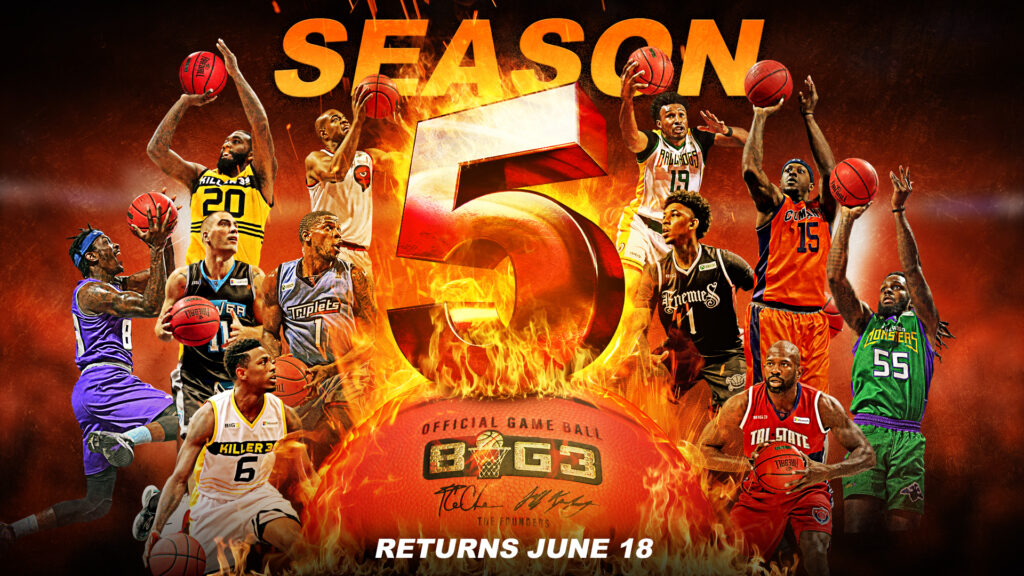 The 3-on-3 league will fractionalize team ownership with NFTs, plus plenty of perks included. Ice Cube speaks to Decrypt about the move.

The BIG3 basketball league does things differently than the NBA, with 3-on-3 matches, four-point shots, and teams that aren’t tied to cities. And now, the league that rapper and actor Ice Cube co-founded in 2017 is ready to rethink team ownership too—using NFTs.

Today, BIG3 announced it will offer ownership stakes in its 12 teams in the form of NFT collectibles, effectively fractionalizing ownership on-chain. Each team will have 1,000 total NFTs split between two tiers: 25 “Fire” NFTs at $25,000 apiece, and 975 “Gold” NFTs at $5,000 per.

The league currently owns all of its teams entirely. In an interview with Decrypt, Ice Cube said that while BIG3 had always planned to sell teams to investors, the advent of blockchain technology and NFTs makes it possible to distribute ownership across a wider group—and not just to millionaires.

“The NFT blockchain revolution hit, so to speak, and we were like: ‘Yo, do we want just some fat cats coming around buying teams that we gotta deal with?’” he said. “This is a great way for the fans to be owners. And so, it’s a no-brainer for me. I’m all about changing the game and shifting the paradigm.”

Ice Cube: Crypto and NFTs Are ‘The Ultimate Fuck You to the Mainstream’

The legendary rapper, actor, and entrepreneur Ice Cube talks to Decrypt’s Andrew Hayward about why his BIG3 basketball league plans to offer fractional team ownership in the form of NFTs, plus his personal interest in crypto.

An NFT works as a blockchain-backed ownership certificate for a physical or digital item, whether it’s an artwork, an access pass to a community, or in this case an ownership share. Ice Cube’s BIG3 co-founder, the entertainment executive Jeff Kwatinetz, told Decrypt that the NFTs will “most likely” be minted on Ethereum, the leading smart contract platform for NFT assets.

BIG3 NFT owners will receive benefits such as the ability to vote on team matters, tickets to all BIG3 games and additional VIP experiences, and exclusive merchandise—including championship memorabilia for the winning team each season.

The $25,000 Fire NFT owners get extra perks, such as intellectual property and licensing rights to create merchandise—pending league approval. The league will take a cut of merchandise sales, as well as a royalty from all BIG3 NFT secondary sales.

Should all of the NFTs sell at the planned prices, it would generate $66 million for the young league as it aims to grow viewership, add more teams in the future, and expand internationally.

“No league is offering stuff like this,” said Ice Cube. “When you really look at what we’re offering, I mean, you’re damn near getting everything I get. I want people to feel like owners, not to feel like [these are] hyped-up VIP packages.”

Other NFT holder benefits include strategy calls with Ice Cube, Kwatinetz, and NBA legend and BIG3 Commissioner Clyde Drexler, as well as whitelisted access to NFT sales for future expansion/international teams that join the league.

The upstart league provides a different flavor of professional hoops with its 3-on-3 game, which it calls FIREBALL3—a faster-paced, half-court game in which teams play to be the first to 50 points. NBA alums like Joe Johnson, Nate Robinson, and Josh Smith are all slated to play in the upcoming fifth season, which begins on June 18.

Ice Cube noted that the league broadcasts on CBS in the United States, and can be watched in more than 40 countries. But the longtime entertainer, who shot to prominence in the 1980s as part of the rap group N.W.A., also said that building BIG3 is “the hardest thing I’ve ever done in my life.”