Boston has its first one ever at the Pellas Gallery.

Keep your weekends full of the coolest things to do around Boston with our weekly Weekender newsletter.

The Cycle by Annibale Siconolfi

By now, most people have heard of NFTs, or non-fungible-tokens, even if they have no idea what they are. As a confirmed Luddite, I fell into that category myself, although I had read accounts of obscene amounts of money being spent on them. But they seemed like little more than the latest buzzword in the art world, and a baffling craze among collectors, something befuddlingly tech-related and incomprehensible.

Then I received an invitation to attend the opening of “New Horizons,” Boston’s first NFT exhibit, at the Pellas Gallery on Newbury Street (running through April 23). Consulting Wikipedia, I learned that an NFT represents a unique work of art but is physically nothing more than a digital certificate of authenticity stored on block-chain. They’re the creative equivalent of crypto-currency (with which they share common DNA, and with which they’re most often purchased). It’s precisely this intangibility that confounds those of us who are used to thinking of art as simply something that hangs on a wall. In what world is a digitally stored unit of data the equivalent of a Rembrandt, or even dogs playing poker? My initial reaction was “WTF?”

However, I’m not one to miss a gallery opening (pronounced “free wine”), and I resolved to go, although you could practically hear the eyes rolling into the back of my head. What would I be looking at— computers mounted on a wall? Code scrawling across a screen? How do you display something that exists only in the ether? How do you create a gallery show out of something so abstract as to be literally conceptual?

The answer, it turns out, is not that far from the traditional mode of displaying art, except that in subtle but significant ways, NFTs are more nuanced. I entered the gallery—the standard spare white box on the third block of Newbury St.—still trying to wrap my head around the NFT concept, but what I encountered was immediately accessible. Visitors are greeted by vibrant, electronic images displayed on ultra-high-def Samsung TVs, mounted like paintings on the wall. The artists represented, all wildly successful and well-known in the NFT realm, go by monikers like GMUNK, Planttdaddii, and Gernge, and their aesthetic owes a lot to anime, gaming, and, quite possibly, recreational drugs. The super-saturated colors leaped out of the frames, and they were arresting, hypnotic, exuberant and fantastical. One piece depicted a slightly dystopian, megalithic cityscape, and another featured an astronaut floating alternately in front of a sylvan mountaintop and a blinding mass of neon signs. A third, by an artist named Alex Neff who curated the exhibit, resembled a fluorescent pinball machine. I found myself wanting to own not only the fancy TVs they were displayed on, but the works themselves. 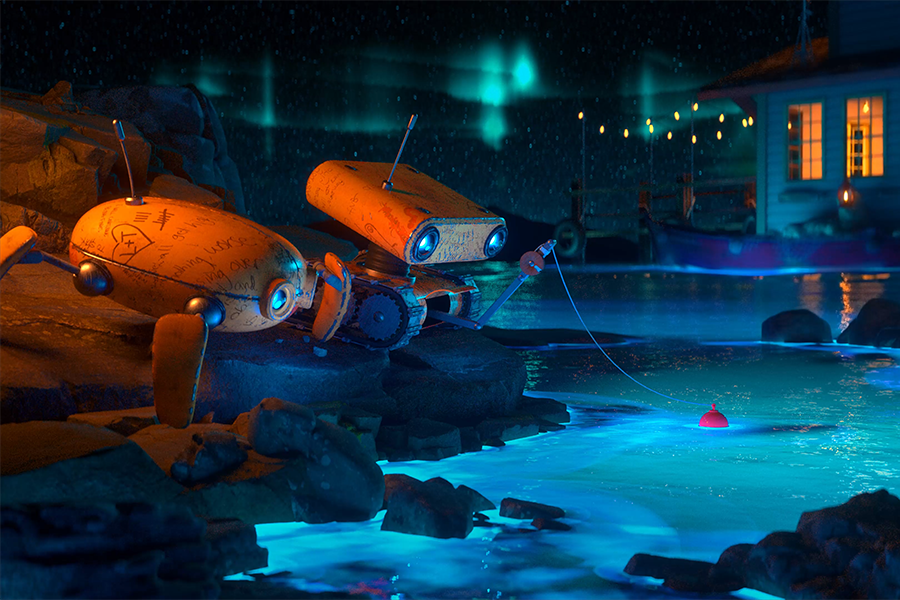 The exhibit is a collaboration between the gallery, Neff, an art holding company called Metaversal, and producer David Paredes, a collector and NFT enthusiast. According to all of the principals I spoke to, NFTs represent not just a paradigm shift, but the very future of art. Dan Schmerin is the president of Metaversal and spent time leading one of the top art storage businesses in the country. As he puts it, “A full 94% of the world’s fine art, fashion, and collectibles are behind bars. I think that’s a shame, and that’s why I got into this. NFTs are a way of democratizing art.” By that, he means that NFTs convey ownership of a work while still allowing it to be available to a broader audience, thanks to the digital platform.

By way of illustration, he offers the “what-if” of the Louvre or Prado making their collections available online as NFTs (a complex proposition, but one he views as inevitable). It’s not so far-fetched, either, when you consider that the exhibit at the Pellas Gallery is almost indistinguishable from any other art show, particularly if you’ve been to other exhibits featuring multimedia art. In fact, it was designed that way, precisely to expose the general public to NFTs in a familiar format for viewing fine art.

As for the astronomical prices NFTs are currently fetching on the market, like the $91.8 million paid for a work called “Merge,” by the artist Pak? “If you’re purchasing art,” Paredes points out, “it’s all speculation. 98% of it goes to zero in value within ten years. We’re betting that these works will retain, or increase, in value.” It’s perhaps worth noting that Paredes is a professional poker player, but the truth of his point is borne out by the fact that art is subjective and worth what dealers or “experts” say it is. It’s the Emperor’s New Clothes. Just ask Marcel Duchamp’s dealer what a urinal sells for, or try to disprove someone who says that a Jackson Pollack looks like a bomb went off in his studio, or that $12 million is an awful lot to pay Damien Hirst for a dead shark, or that Jeff Koons’ gold statue of Michael Jackson and his chimp is anything more than kitsch.

The point is, new forms of art always come with their share of controversy, and we should still be able to appreciate them on their own terms. I came away from the exhibit thinking that NFTs are hardly the passing fad I took them for. They may not be currently accessible to most people, but then, to Schmerin’s point, a lot of more traditional art isn’t either. And really, whether you want to follow the lead of some of these folks and get in on the speculation or not, you can also just make the choice to enjoy a glass of wine and browse the work at Pellas.