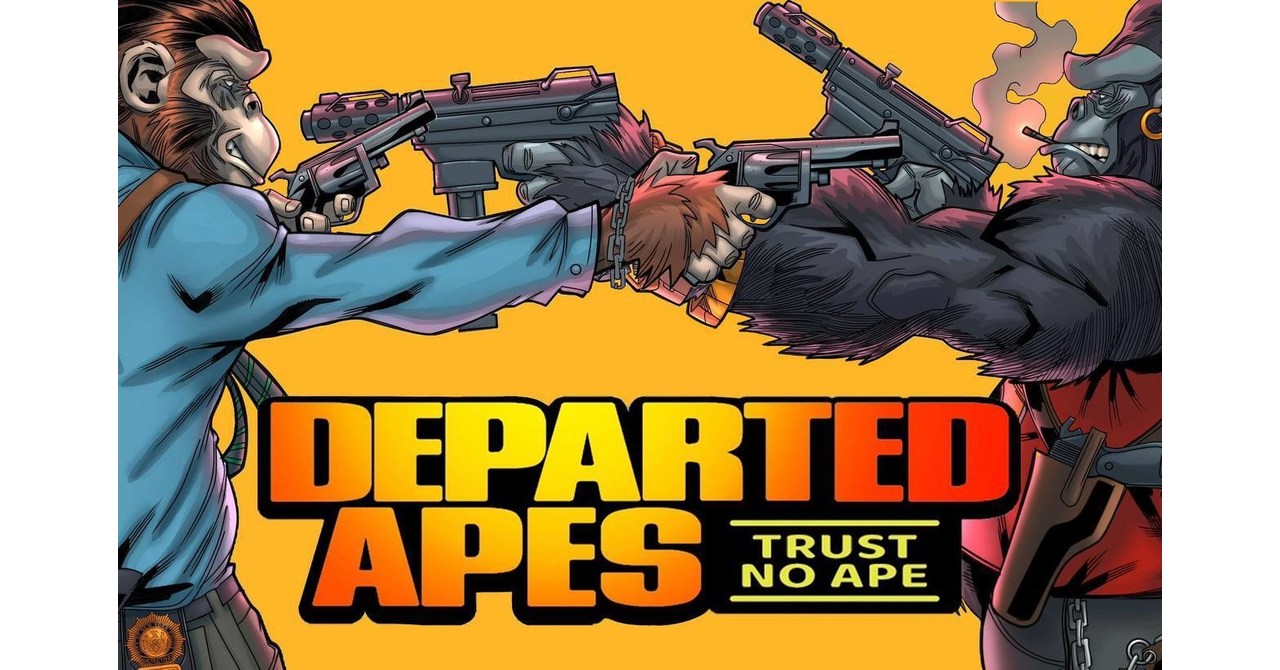 Departed Apes, the first project backed by Grid6, is a collection of 8027 characters living on the Ethereum blockchain. They roam in the parallel universe of the internationally acclaimed crime thriller INFERNAL AFFAIRS. These newly designed characters are crafted by artist Logan Lubera, whose drawings are seen in superheroes series.

Stephen Fung, the creator of Departed Apes and co-founder of the Grid6 Studios

“I am extremely excited to embark on this journey to explore the power of cinema with Web3 ownership. We want to bring the importance of storytelling and character development to the world of NFTs.”

Stephen’s perspective on ascending into Web 3.0 is also one that is to be shared by cinema lovers, NFT enthusiasts and gamers.

About Stephen Fung Stephen Fung is an international filmmaker. In 2004, Stephen wrote/directed/starred in his directorial debut “Enter the Phoenix” for Jackie Chan’s newly formed company JCE Movies; it became an instant hit. Since then, his films have won numerous awards and have been officially selected by The Venice Film Festival, Toronto Film Festival, Busan Film Festival among others. In 2016 Stephen directed “The Adventurers” with an international cast starring Jean Reno, Andy Lau, Shu Qi. The film opened No. 4 internationally with a 30 million USD weekend box office. Stephen is the Executive Producer, Director and Fight Director for AMC’s hit Martial Arts Drama “Into The Badlands.” In 2020, Stephen directed and executive produced Netflix’s hit action series Wu Assassins. Stephen is currently in development with Constantin Films to produce and direct a new adaptation of “The Count of Monte Cristo” starring Jack Huston.

About Media Asia Group Holdings LimitedMedia Asia Group Holdings Limited (“Media Asia”) together with its subsidiaries (the “Group”) is one of the Asia leading entertainment groups with well-established business in Mainland China.  The principal activities of Media Asia include production and distribution of films and TV programs; organization, management and production of concerts and live performances; artiste management; music production and publishing; licensing of media contents; and provision of consultancy services in planning and management of cultural, entertainment and live performance projects.  Apart from its Hong Kong headquarters, the Group also maintains offices in Beijing, Shanghai, Taipei and Seoul.

About Everest Ventures GroupEverest Ventures Group (“EVG”) is a Web 3 focused venture studio with presence across five continents. Since 2018, it has incubated multiple technology infrastructures such as Kikitrade, Aspen Digital, Vibra Africa, LiveArtX, Cassava and BlockTempo to drive the mass adoption of digital assets. In addition, EVG is an early investor and advisor to 30+ blockchain projects globally, including renowned startups like Dapper Labs, Animoca Brands, Immutable, The Sandbox, Yuga Labs, Krake, Lukka, Upbit and more.