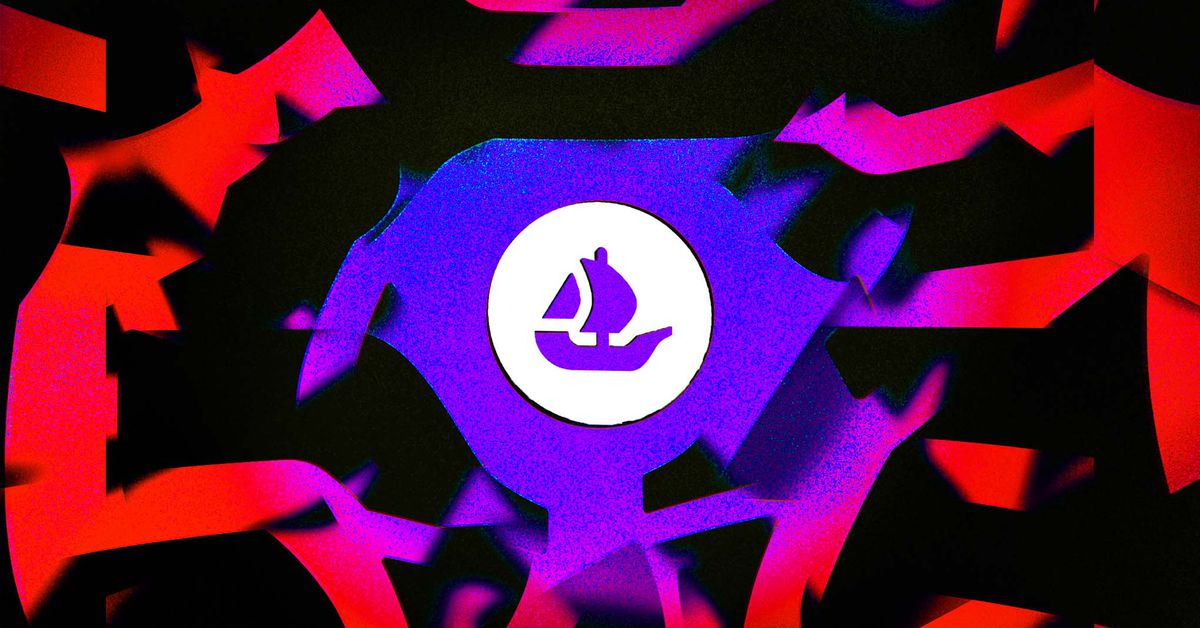 OpenSea co-founder and CEO Devin Finzer revealed this afternoon that the NFT marketplace is laying off about 20 percent of its employees. Finzer did not indicate how many people that represented. A Forbes article in January celebrating Finzer and his co-founder Alex Atallah’s $2.2 billion net worth (each) said the company employed more than 70 people, but an OpenSea spokesperson tells The Verge that 230 people will remain with the company.

When we profiled OpenSea in February, the company had just received an additional $300 million in funding with a valuation of $13.3 billion and was the dominant player in selling the tokens, earning a 2.5 percent commission on trades.

Still, a sustained drop in activity and prices has led to headlines about how NFT Sales Are Flatlining or have Fallen Off the Cliff, while backlash to the entire concept has followed many companies that adopted them or suggested they might. Recently, Reddit launched an NFT Collectible Avatars feature without openly referencing the term, and just today, a Sony marketing exec had to dismiss concerns from gamers that a new digital collectibles feature would bring the blockchain and NFTs to its PS5s.

Today is a hard day for OpenSea, as we’re letting go of ~20% of our team. Here’s the note I shared with our team earlier this morning: pic.twitter.com/E5k6gIegH7

It’s the latest in a string of Web3 companies that expanded rapidly over the last couple of years as crypto prices spiked and are now cutting staff. Finzer said that the company was able to notify affected employees directly in person before announcing the layoffs, providing “generous” severance, healthcare for the rest of the year, job placement assistance, and accelerated equity vesting. In his note, Finzer says these changes give the company up to five years’ worth of runway if this “crypto winter” continues.

Coinbase, a crypto exchange that launched an NFT marketplace earlier this year, let go of 1,100 people last month, and GameStop just opened its NFT store last week, days after announcing a round of layoffs.

While the entry of new competitors has made things harder, as well as the increased use of alternative storefronts like LooksRare, OpenSea has had a string of recent issues that stretch beyond the plummeting prices of crypto and many NFTs:

Meanwhile, even though the entire pitch of non-fungible tokens is their ability to certify ownership of digital items and decentralization that doesn’t rely on a single source for verification, OpenSea has had to work to address “authenticity.” It’s removing tokens for works with content their creators don’t have the rights to sell or that simply mimic other NFTs like the Bored Ape Yacht Club.

It’s also started to launch a new SeaPort protocol that is supposed to significantly lower the troublesome gas fees that can spike during periods of high demand, and it recently redesigned its profile pages.