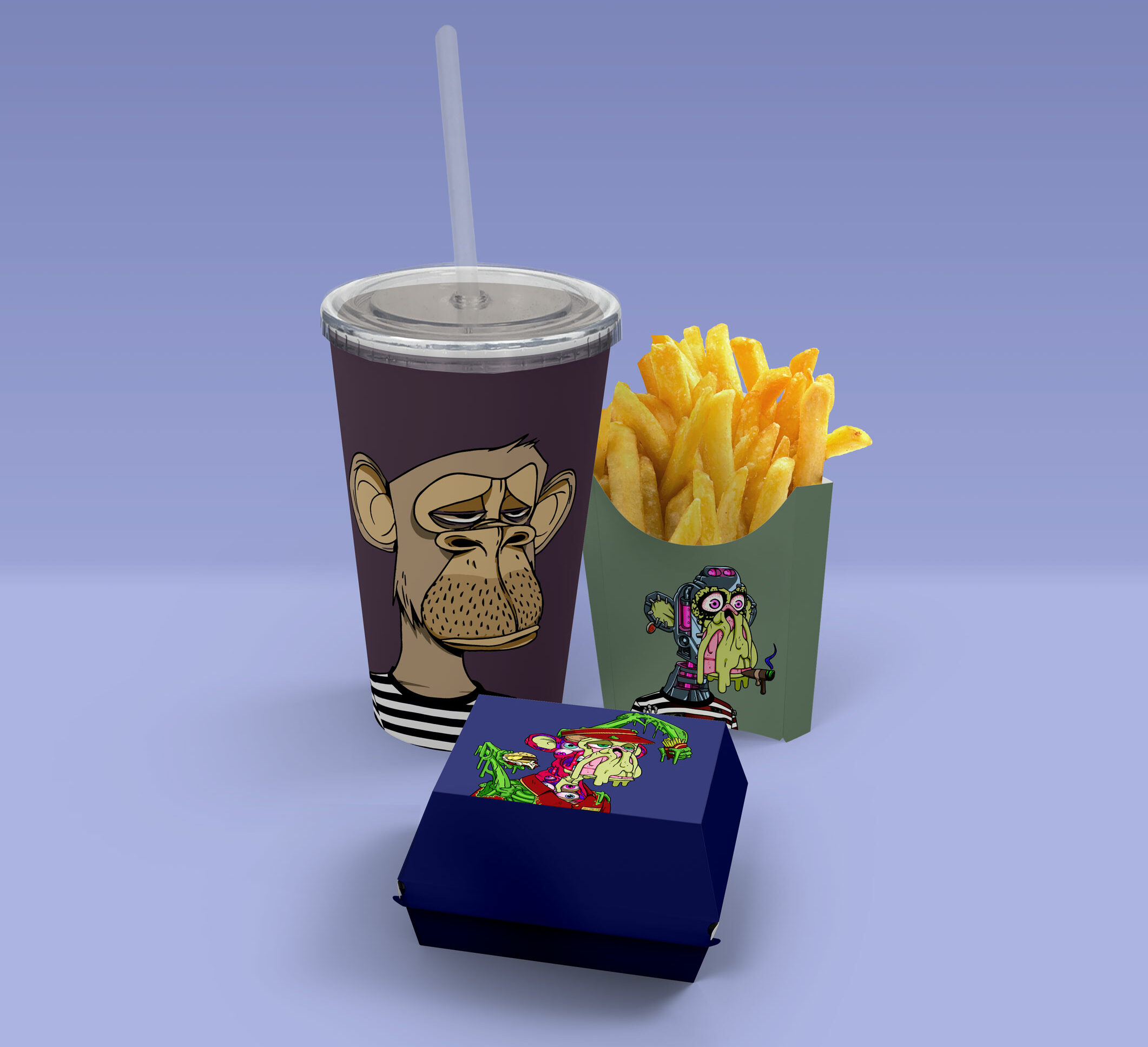 The pop-up, called Bored & Hungry, is taking over the former Louisiana Asian Kitchen on Seventh Street and Junipero Avenue for 90 days beginning April 9, and the owner claims it is the first food concept in the world to use a particular cryptocurrency digital art, also known as crypto art, for its branding.

Orange County-based restauranteur, Andy Nguyen, co-founder of Afters Ice Cream—which you can patron in Long Beach—Black Matte Coffee, the Hello Kitty Café, and a host of other food concepts geared to digital-age generations, recently purchased three Bored Ape NFTs to create his burger pop-up, Bored & Hungry. The most expensive of those was the striped shirt ape #6184 for $267,000, pictured below.

Worst decision I’ve ever made or best idea of all time? 🤔 @BoredApeYC #BAYC #MAYC #ApedIn pic.twitter.com/ETzWbRXRPa

Nguyen said his goal behind Bored & Hungry is to demonstrate that the NFTs are more than a fad, that this growing industry carries great and yet untapped potential in physical world business.

“Everyone’s so skeptical about it,” he said. “I understood the power of IPs (intellectual properties) and using recognizable pop-culture characters and I was like, oh my god, no one is doing this, I’m gonna be the person that strikes.”

NFTs, or non-fungible tokens, are sophisticated pieces of computer code that designate ownership of something—anything—in the digital space. They could be art, music, videos, even a tweet, and are purchased with cryptocurrency, like Bitcoin, except in the case with NFTs it’s usually with a special cryptocurrency known as Ethereum. (By the way: The New York Times put together a very helpful guide explaining NFTs if you want to read a more thorough explanation.)

What’s generating the most excitement around NFTs, though, is how that intricate computer code (also known as a blockchain) is being used to sell digital art. And the Bored Ape Yacht Club alone has generated over $1 billion in sales in 2021.

There’s also a dizzying amount of hype around the art that’s attracting buyers beyond eclectic art collectors and crypto enthusiasts. Celebrities such as Paris Hilton, Jimmy Fallon and Tim Curry own some of the digital apes. And people are dropping huge sums of cash to buy in: Eminem bought his early this year for over $450,000. As of publication, the most expensive Bored Ape Yacht Club NFT ever sold was #3749 for $2.9 million.

Because Bored Ape NFT owners are awarded rights to employ the ape images for commercial use—though not all NFTs share that permission—Nguyen will be using his apes (the other two he purchased are less expensive “mutant apes”) as the brand’s logo, including the food packaging art and other merchandise such as T-shirts and hats.

The burgers to be wrapped in the ape-clad packaging is a collaboration with two of Nguyen’s other restaurant concepts: Trill Burgers, a smashburger concept created in partnership with Houston-born rapper, Bun B, and Beleaf Burgers, a plant-based fast-food restaurant in Chino. Some might have had a taste of the two concepts blended into one at ComplexCon in Long Beach in November, when the restaurants teamed up to present a vegan smashburger.

But in addition to showing the world that NFTs can make for a viable physical world business, Nguyen is also hoping to change some of the stigma surrounding NFTs.

“When people mention the word NFT,” Nguyen said, “it’s either ‘oh you’re in the NFT world?’ or ‘oh,’ like in a negative way. I’m here to help bridge that gap of painting it in a positive light for both worlds.”

NFTs are a polarizing topic. Critics say it’s frivolous and harmful to the environment because of the energy consumption required to make one, while enthusiasts view it as a way of putting creative agency back into the hands of digital artists. Before NFTs, digital artists struggled to retain ownership of their art online because anyone with a computer can download an image once it’s on the web.

That’s not to say NFTs eradicate this problem. NFTs are digital art and anyone can download it, which is why many people think the concept is pointless. What’s unique is that the tech gives the art a sort of certificate of authenticity, like the physical world uses to verify sculptures or paintings as genuine. This has never been possible for digital artists in the past.

But what the NFT tech also does is allow the artist to publicly track every single transaction after initial sale through the blockchain, allowing for perpetual royalty payback, even though not all NFTs include royalties after the first sale.

Nguyen is the type of investor who said he is always on the hunt for the next idea that could hit big, much like Afters Ice Cream did. Despite all the hype, Nguyen admits that he wasn’t quite sold on the NFT craze early on. 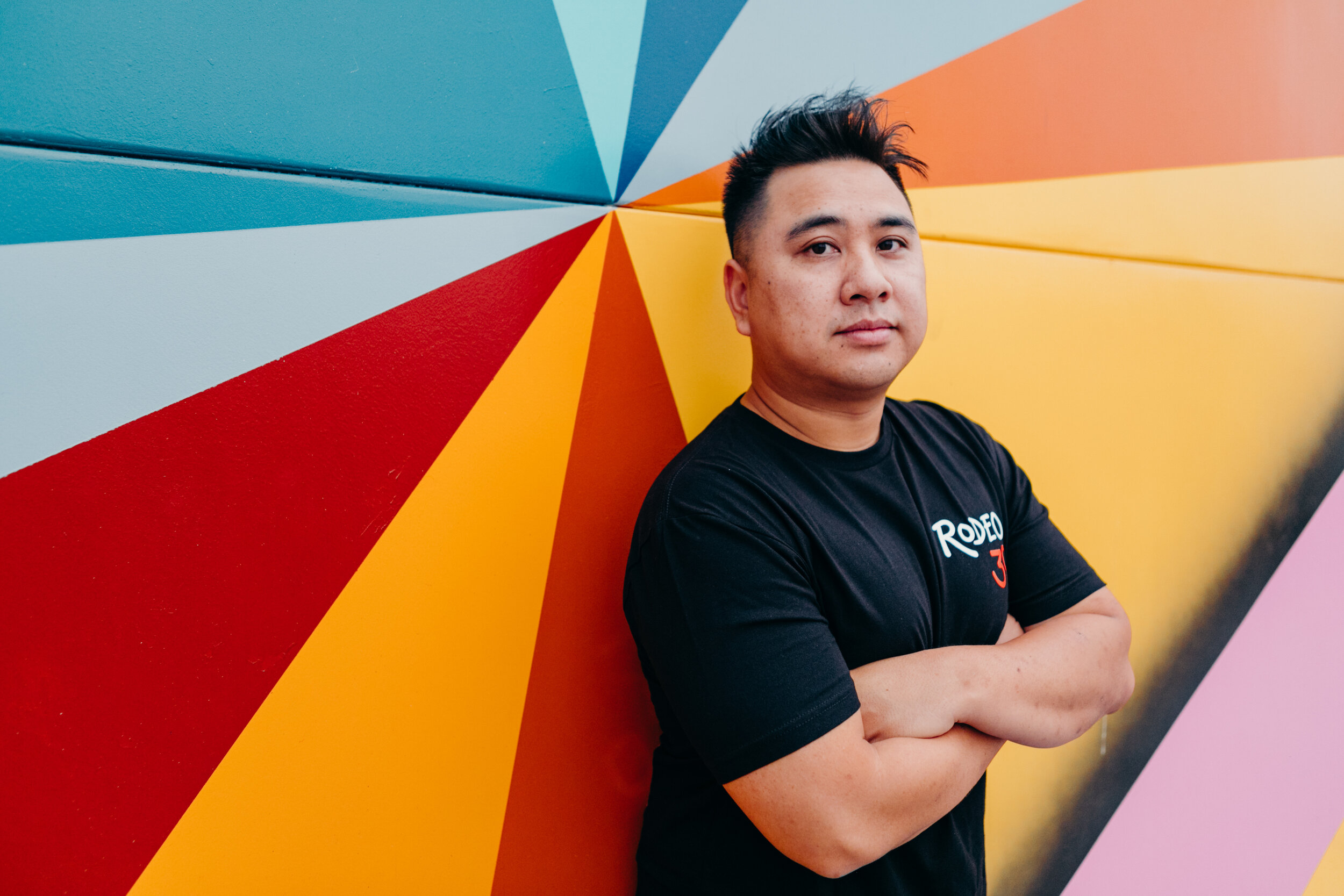 “This last November is when I finally started taking the time to learn about it and it kind of opened my eyes, like, oh my god the possibilities are endless in this field,” he said. “It’s more than just a jpeg, there’s digital ownership and you’re building community. You can build brands around it, there’s so much that hasn’t been done yet.”

It’s the Bored Ape community Nguyen is also banking on to propel the pop-up forward and into other spaces across the Southland as Nguyen hopes. And not just other Bored Ape NFT owners (though those who show up to the grand opening with proof of authenticity will receive a free meal), but other crypto art fanatics.

Nguyen said he’s optimistic about his choice to come to Long Beach, “It’s a great city….very open minded, and I think that’s why we settled on that location, it’s a great, diverse area.”

Bored & Hungry grand opening is at noon, Saturday, April 9, at 2405 E. Seventh St. The first 100 people to show will receive a free meal. Guests can expect other giveaways including bored ape pins, shirts, hats and other merchandise. Follow Andy Nguyen on Instagram, here.