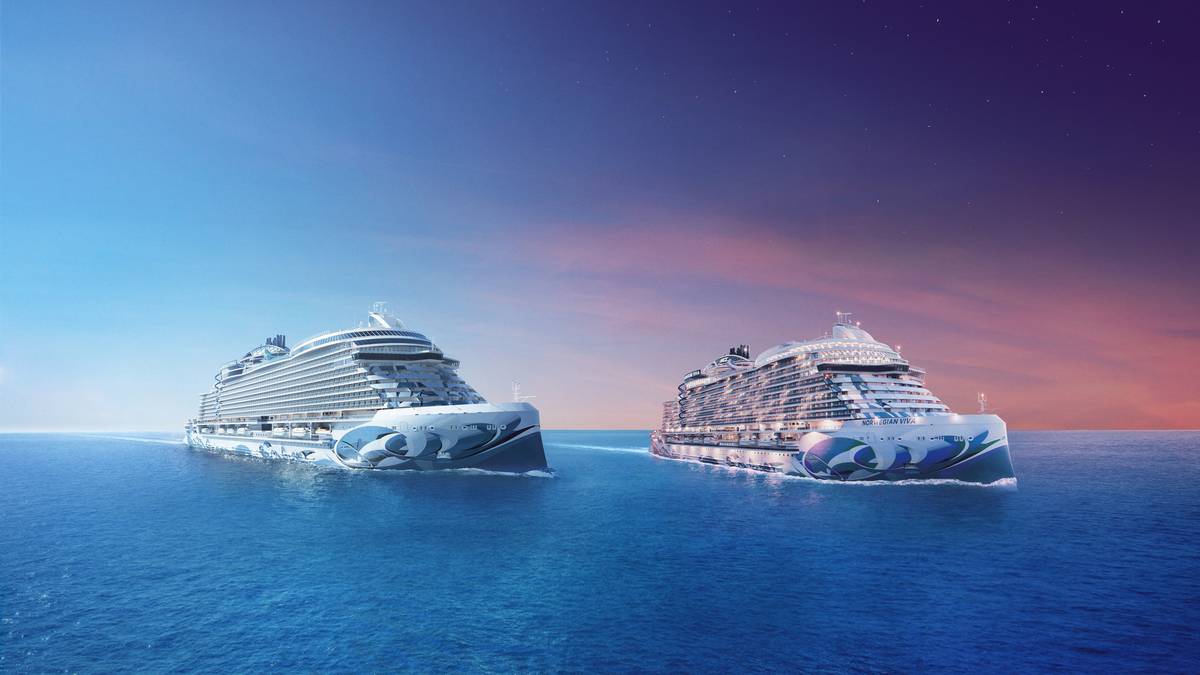 Artwork on the ships Norwegian Prima and Norwegian Viva have been turned into the world’s first Cruise Line NFTs. Photo / Supplied

A leading cruise line has announced its own range of NFTs.

Cruise enthusiasts worrying that they have missed the boat on the cryptocurrency craze can rest easy, as the Norwegian Cruise Line announced their entry into non-fungible art.

Avoiding speculation on bubbles and financial fads – the cruise line feels remarkably buoyant about the idea of a nautical NFT. They have teamed up with the Italian digital artist Manuel Di Rita, also known as “Peeta” to create a series of six pieces. They will be auctioning off the unique digital artworks next week, some of which come with some exciting perks.

“We are so excited to partner with Peeta on this first for our brand and for the industry,” said NCL President and CEO Harry Sommer. “Peeta is a talented artist who has brought the magic and beauty of the ocean to our ships,”

Peeta has also designed a unique artwork on the hull of the new ship the Prima and her sister ship Viva, alongside the six digital pieces.

The first of the pieces has a starting price of USD$2,500, with the remaining NFTs sold at a tenth of the price. Along with ownership of the first Cruise Line commissioned NFT, the holder will be awarded a balcony stateroom on one of Norwegian Prima’s inaugural US voyages, when she sets sail out of Port Miami terminal later this year.

For those who are worried that Norwegian may have ‘Jumped the Shark’ in pursuing a Cruise-related crypto, it is not without precedent.

Last year a Venetian luxury hotel, the Ca’ di Dio, sold off an NFT which entitled the holder to a night’s stay in the Italian, with private catering and access to all areas. More recently a Bali-based resort is using NFTs to crowd source funds in exchange for shares in an Indonesian island resort. Although the developer Thomas Despin

that he had to quickly rethink NFT holder rights, after realising “for an island, it’s not very smart to send 5,000 people there.”

‘Blockchain’ and ‘fungible’ aren’t words readily associated with cruise holidays, but Norwegian says that could change.

Their resistance to counterfeiting, and the ability to stand in as digital contracts or vouchers for services have led some digital evangelists to say they have a bigger part to play in travel.

However, their popularity and relative newness has meant that Crypto Currencies and NFTs have been linked to scams and many other companies have decided to steer clear of the fad.

However Norwegian is full ahead on the idea of NFTs, calling it a first for the Cruise industry.

“We strive to adopt the most cutting-edge technology at Norwegian Cruise Line and strongly believe that providing our guests the opportunity to own digital assets that connect them with an unforgettable cruise experience is an essential step forward,” said Scott Piccolo, Chief Digital Experience Officer for the cruise line.

The first piece in the “Norwegian Prima” collection will be sold at a charity auction on Wednesday 13 April, at 9am local time, in Port Miami. All proceeds would go to Teach for America, which employs graduates in teaching at high-need schools in the US.