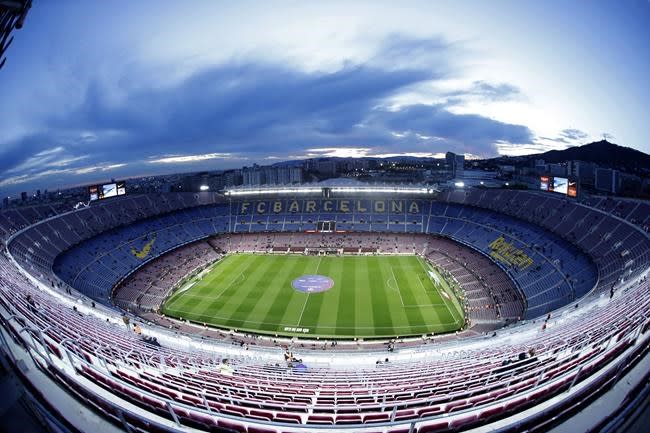 BARCELONA, Spain (AP) — Barcelona has auctioned off a digital art piece depicting an iconic goal by Johan Cruyff for $693,000 as it seeks new revenues to battle its way out of massive debt, the Spanish club said.

Barcelona said that the auction run by Sotheby’s in New York for the club’s first NFT, or non-fungible token, closed at $550,000 on Friday. The auctioneer’s fees increased the final sale price to $693,000.

The art piece depicts Cruyff’s memorable goal from 1973 when the Netherlands great soared through the air with his leg outstretched to score. In the image, Cruyff appears to be dipped in gold. The NFT is called “In a Way, Immortal,” inspired by a quote by Cruyff, who left his mark as both a player and coach at Barcelona.

Barcelona has been searching for new forms of revenue as it struggles to pay down 1 billion euros ($1 billion) of debt. That has included selling Camp Nou’s naming rights to the Spotify audio-streaming service and recently selling off 25% of its Spanish league television rights for 25 years.

An NFT is a one-of-a-kind digital image that cannot be copied. There is a booming market for collectors and artists interested in this form of digital art.