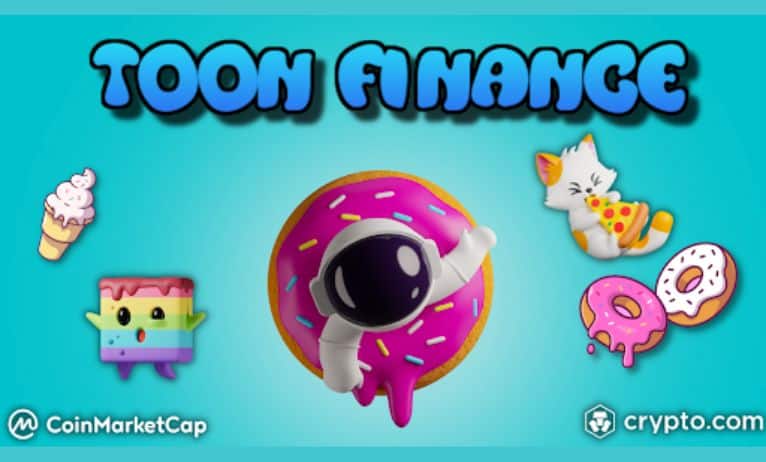 Toon Finance may not have been fully released yet, but it established a good place in the market even through its presale. But what made the Imaginary One NFT holders go for Toon Finance?

Here is a complete guide to help you understand the Imaginary One and why the NFT holders went for Toon Finance.

The Imaginary One is another NFT project of 2022. The project was launched in April.

The NFT is Ethereum-based and was founded by two Singaporeans. The Imaginary One NFT collection comprises unique 8,888 3D, animated NFTs. All 8,888 NFTs were sold out in the first four minutes of their launch.

It is said that the 8,888 NFT characters have gathered around $20 million through their sale.

What Made The Imaginary One NFT So Popular?

An NFT project being sold out in just four minutes of launch is wonderful and questionable too. So what made collectors go for it in such a hurry? The NFTs were in good quantity, but they sold out in the first four minutes; what made the NFTs so popular?

One of the biggest reasons behind the popularity of Imaginary One NFTs is its fully animated and 3D NFT characters. Previously there were no 3D NFT characters, which shocked the NFT collectors.

During the public Dutch auction, around 4,488 pieces were sold, while the others were sold in a private sale. At the public sale, the price was to drop by 0.1 ETH every 15 minutes. This held the fans to the last minute, and they wanted to get their hands on the NFT at the lowest price. This would’ve helped them gain a good profit later.

The Team Of Imaginary One NFT

Singaporeans Clement Chia and David Lee founded the Imaginary One NFT. Both founders have a background working in the digital media industry.

The founders worked in OFFSET, an animation and motion graphics company. Their expertise helped them create such animated and 3D NFT characters.

Not only did they work in OFFSET, but Clement worked as the Creative Director and was one of the founding members. Many say that having a background in digital media won’t help them, but that turned out to be wrong.

In addition, the Imaginary One NFT collection isn’t the first NFT project for Clement Chia. He launched his 13-piece NFT collection, and 12 of them are already sold. Not only that, the 13-piece collection price goes up to around 11 ETH.

However, the Imaginary One NFT project didn’t get such a high price in the market. In the secondary market, it is traded for 1 or 1.1 ETH.

And then came Toon Finance stealing all their NFT holders.

What Is a Toon Finance Coin?

The Toon Finance Coin, known as the TFT in the market, is an NFT and meme coins project launched in mid-2022. However, this is no NFT project like the others. Instead, this is one of the first meme coins projects, turning memes into your digital asset.

The project may not have been fully launched yet, but it had a massive presale in the second week of October. During the presale, around half a billion meme coins were sold at affordable rates.

The introduction of meme coins in the market took the world by storm. Turning your favorite meme into a digital asset is the perfect way to bring something new to people.

In addition, the TFT presale left behind many competitors such as Tamadoge, SHIBU tokens, Imaginary One, and many others. This was when large numbers of Imaginary One NFT holders were seen buying Toon Finance.

Lastly, Toon Finance is not just an NFT or meme coin company. They have much more to offer through their Toon Finance Protocol that will make everything easier for you in the crypto industry.

What Is The Toon Finance Protocol?

The Toon Finance Protocol is a decentralized exchange application platform for crypto lovers. The platform offers safe and secure trading of cryptocurrency, NFTs, and any digital asset you want.

In addition, through the protocol, you can list NFTs and bridge blockchains. Such a platform was missing in the industry, and Toon Finance came to fill the market gap.

The presale was your way to get early access to the protocol and stay updated with everything the company has planned. The need for intermediaries and secondary markets would be eliminated through the protocol. Everything can be done through the single platform of Toon Finance.

Why Are Imaginary One NFT Holders Buying The Toon Finance?

A large number of Imaginary One NFT holders were seen buying Toon Finance during the presale. No doubt, there are many reasons for this, and here are the top ones that you need to know about:

Toon Finance isn’t the first company to hold a presale. So many others, such as Tamadoge and SHIBU, held their presale. But the Toon Finance presale came in like a wrecking ball and smashed all the previous records.

No one could’ve imagined that a new project would give Tamadoge tough competition. But, soon, when the presale rates were announced, the entire crypto market knew there was a new player in town.

Toon Finance offering affordable rates with promising rates surely pulled many Imaginary One NFT holders in no time. Moreover, the TFT trading rates were far better than the presale rates of Tamadoge.

The Imaginary One NFT characters may be unique and attractive, but the project doesn’t seem to grow. Even as of today, the floor price is around 0.58 ETH. When the project was released, it was traded for 1.1 ETH.

Such decline is the reason why Imaginary One collectors moved towards Toon Finance. At the presale, the Toon Finance project successfully showed the audience the growth it will achieve soon.

Getting the TFTs in the presale will surely help them gain a good profit. In addition, Toon Finance announced during their presale that they would release 10,000 unique characters of NFTs soon.

A digital asset with no utility is of no use to anyone nowadays. But, on the other hand, the better the utility, the higher the asset’s demand.

The utility of the Toon Finance coins is unimaginable. You can use the coins for anything in the industry. In addition, the best thing about their NFTs is that you use them in the metaverse, various gaming platforms, and the Toon Finance universe.

It helps you with a versatile application, and you can enjoy it in many ways. In addition, you can even use the Toon Finance coins to buy other digital assets and much more.

This option wasn’t available with Imaginary One NFTs, and the utility was comparatively low.

Since the Toon Finance Protocol runs on a decentralized channel, there is no higher authority over you that you have to report your transactions. In addition, through this, you can anonymously trade and list NFTs and other digital assets. This protects your privacy and ensures you a safe trading experience.

This was done to protect users from cyber criminals and such acts. However, if you can maintain anonymity, Toon Finance is committed to making the transactions much more secure for you.

However, for Imaginary One NFTs, you had to buy and sell them on secondary markets. Thus, you had to use your personal information and crypto wallet for such transactions. This can increase the risk of theft and many other acts.

Experts from all around the globe appreciated this move by Toon Finance. Providing you with a safe and secure experience is what Toon Finance works on day and night.

These were why many Imaginary One NFT holders were buying Toon Finance during the presale. It was just the presale, and everyone knows how great this project is. The audience is now just waiting for the release planned to happen on 1st January 2023.

So stay connected as there is more coming towards you.

Find out more here about the presale interface: