$2.7b ETH spent on NFT minting- Here’s the detail 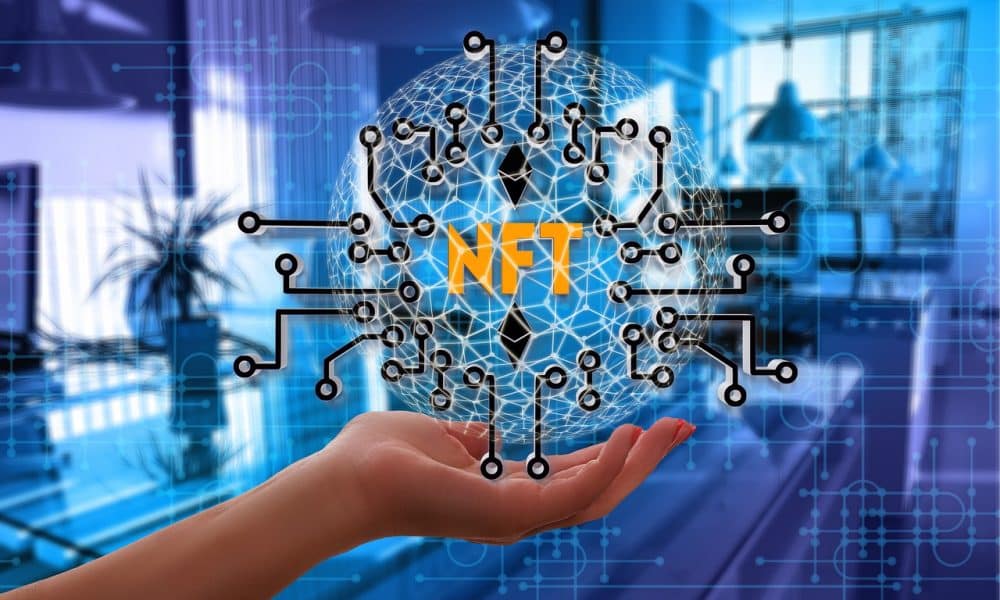 Market participants spent 963,227 ETH (approximately $2.7b) on NFT minting on the Ethereum blockchain during H1 (first half of a calendar year) of 2022.

The volume of ETH raised circulating to non-entity wallets has decreased from the previously reported 52.3% (11 months ago) to the current 45.7%.

Cumulatively, the top five NFT collections that have raised ETH through minting accumulated 81,364 ETH; an estimated 8.4% of the total ETH raised by all projects in the observed period.

A tale of minting

Nansen published a report on the money raised by minting NFTs by different NFT projects. The report confirms that half of the ETH raised stayed with the NFT projects (50.7%).

At the same time, the remaining 45.7% of the ETH raised circulated to non-entity wallets. Louisa Choe, research analyst at Nansen said,

“Additionally, on-chain evidence of NFT collections reinvesting primary sales revenue into NFT demonstrates that builders and creators within this marketplace are looking at the long term impact of their projects and making decisions that will support that growth.”

In the first half of 2022, over 1.08 million wallets spent 963,227 ETH on NFT minting. After including the free minting activity, the number of participating wallets increase to 1.5 million.

During the period under review, the highest spike was seen during May when minting volume surpassed 120 ETH. Afterward, the general market downturn caused the NFT markets to tumble in the coming months.

Two-thirds of the projects that raised money were able to accumulate less than five ETH. While 140 NFT collections were able to raise around 1,000 ETH. The report reiterates that the amount raised by NFT projects remains wide in the market. 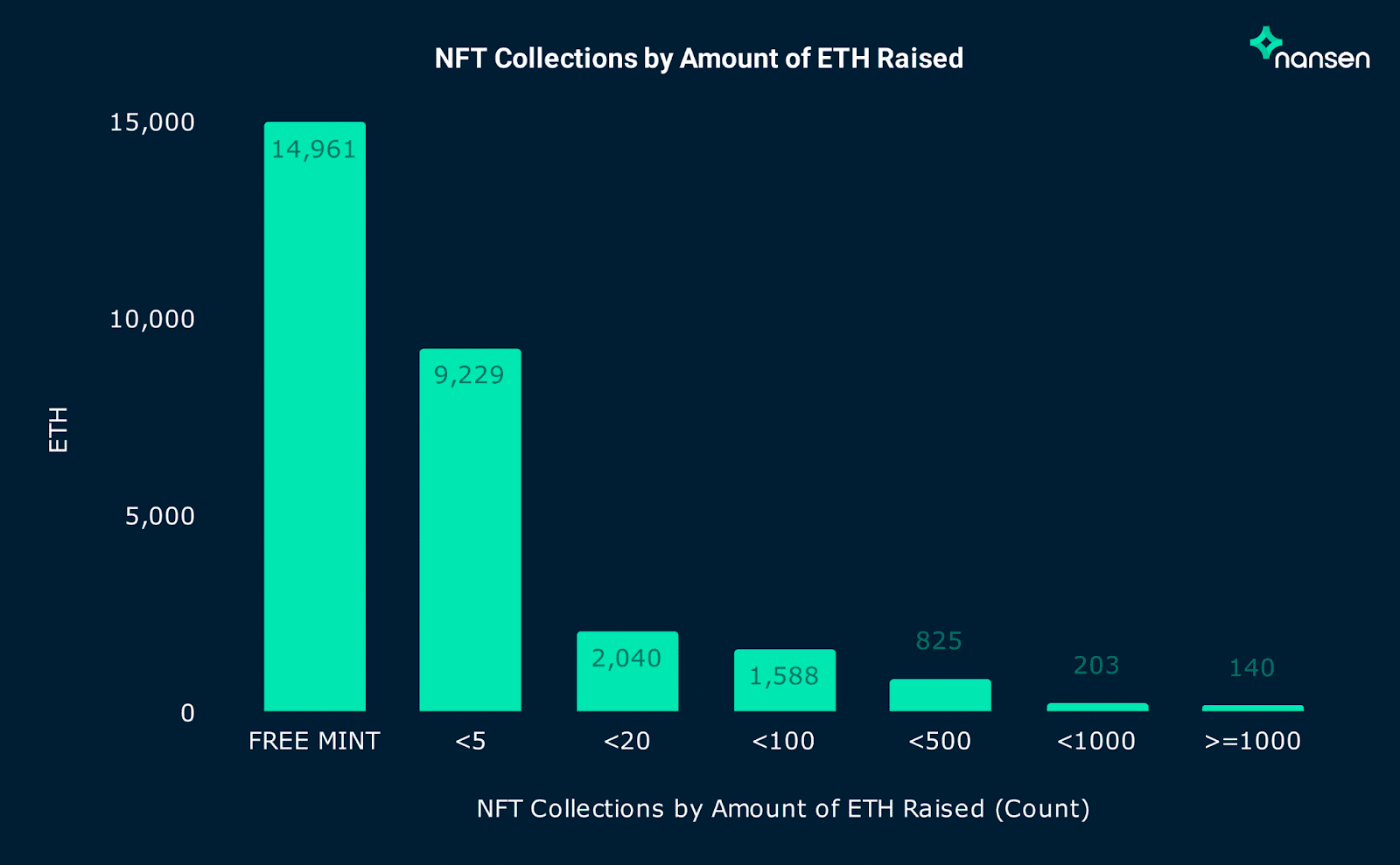 Additionally, 3.6% of the ETH raised was deposited into centralized exchanges. Finally, the remaining 17.7% of ETH was deployed back into NFT projects in the market.

However, the latest study confirms the downward trend of money flowing into non-entity wallets from NFT projects.

Around half of the total ETH raised was retained by the projects themselves (50.7%). Only 0.2% of the ETH was sent to the exchanges.

Lastly, around 3.5% of ETH was sent to ‘other’ wallets including service providers, angel investors, or charities. 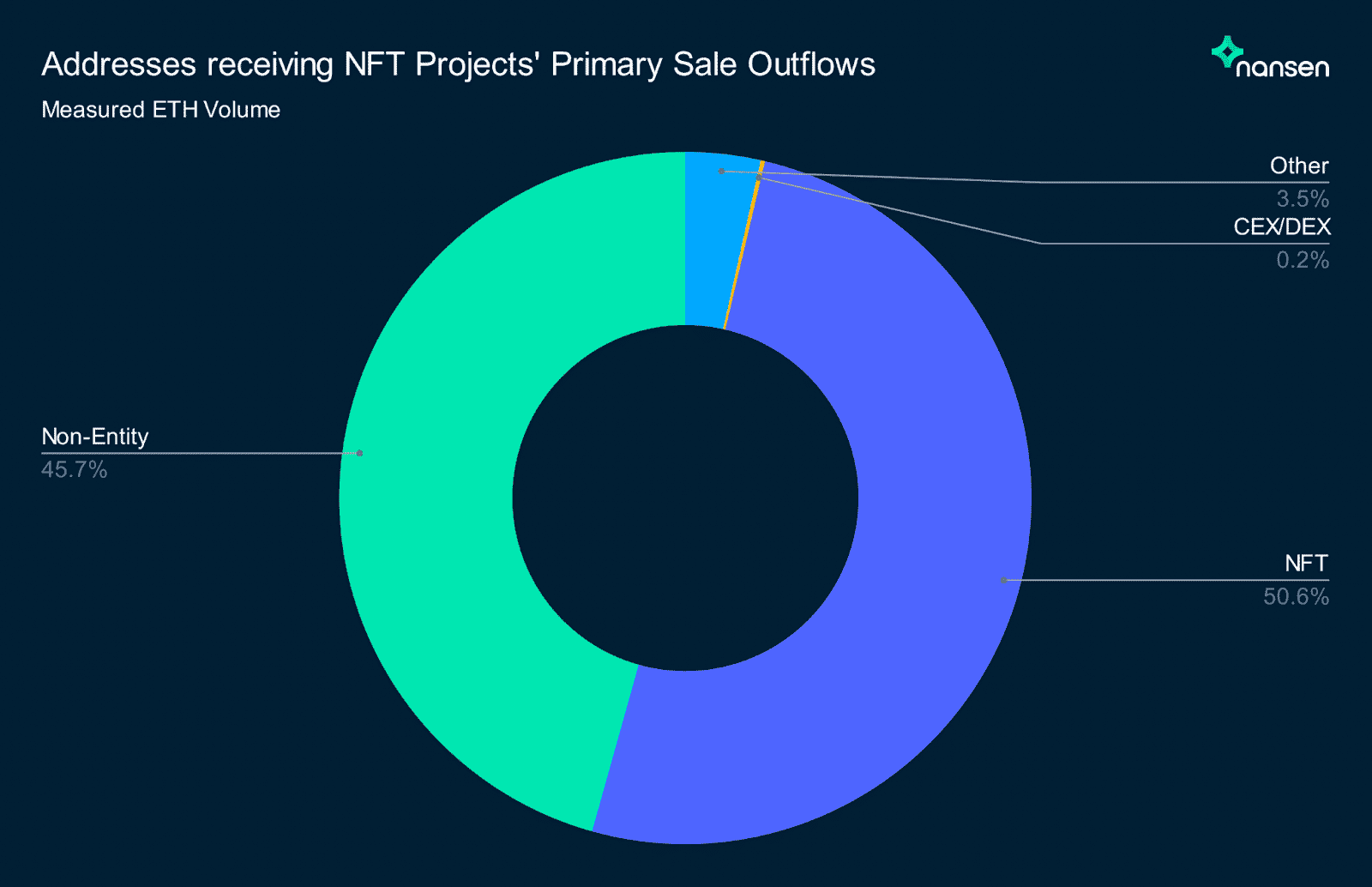